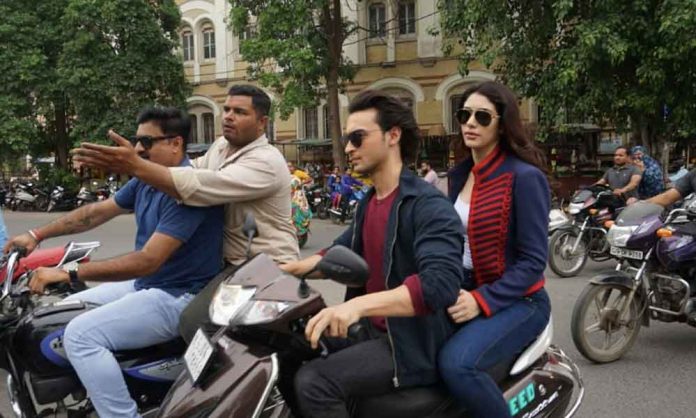 The debutant duo recreated their Loveratri moment by taking a bike ride on the streets of Vadodara amidst fans.

Keeping in sync with the film’s theme, Aayush and Warina perfectly recreated their Loveratri moment as the duo was seen having a gala time.

Giving a sneak peek into the colourful festival of Navratri, the trailer featured the crackling chemistry of the fresh pair. Proving to be a festive treat, Loveratri captures the essence of Navratri with Garba being the crux of the film.

The trailer had earlier set the mood right with the foot-tapping music and colourful backdrop of the festive season.