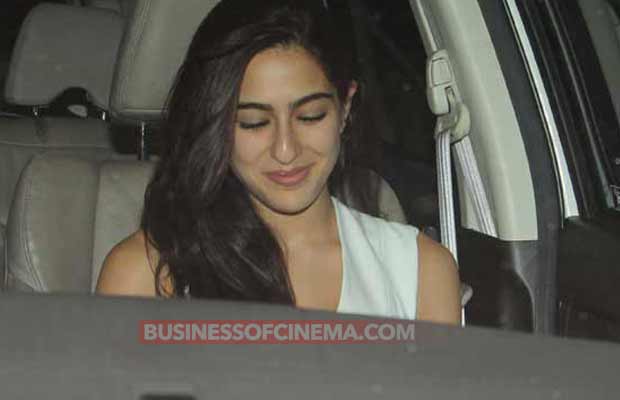 Even before her debut film release, Sara Ali Khan has developed a huge fan base across the nation.

Owing to the Sara Ali Khan’s popularity amongst fans, netizens took the internet by storm as Twitter saw four back to back strong India trends for three consecutive days.

Despite the tremendous demand and pressure from her fans, Sara Ali Khan couldn’t make her social media debut which has disappointed all her fans.

The trend started off with #SaraPlzComeOnSocialMedia on 11th August, 2 days before Sara Ali Khan’s birthday.

Continuing the trend, fans left no stone unturned to show their love for the young actress as #SaraAliKhanOnSocialMedia strong India trend was witnessed throughout the day on 12th August.

On the day of Sara’s birthday, Twitterati couldn’t hold their excitement to see the most versatile face making her social media debut on her birthday.

Wishing the actress fans started the trend  #HBDSaraAliKhan followed by #WeWantSaraOnSocialMedia on Twitter.

Internet was flooded as netizens went all out demanding Sara Ali Khan on Social media.

Sara’s debut in Bollywood is one of the most anticipated and awaited. Sources close to people who have worked with her already share that she is a very promising girl.

The versatile face of Bollywood has been following a gruelling schedule for a couple of weeks and will be having a busy birthday.

On the work front, Sara Ali Khan will be seen in Abhishek Kapoor directorial Kedarnath and Simmba alongside Ranveer Singh.

Here are few of the fan demands:

While we all are waiting for #SaraAliKhan’s debut on big screen, here’s wishing the gorgeous actress a Happy Birthday! #WeWantSaraOnSocialMedia has been trending past few days,high time she makes a debut over here! 😉 #HBDSaraAliKhan 😘 pic.twitter.com/7o0iSukTAO

As #SaraAliKhan celebrates her 23rd Birthday tomorrow, fans trend #SaraAliKhanOnSocialMedia. The actress being one of most promising debutante, is gearing up for multiple releases this year in the form of #Kedarnath and #Simmba. Will she make her social media debut tomorrow?🤔

Sara On your birthday celebration we are miss you in social media. It’s time to #WeWantSaraOnSocialMedia pic.twitter.com/6yTQlmL6Bi

Please surprise us on your birthday today 😀🤗 It is going to be amazing #WeWantSaraOnSocialMedia pic.twitter.com/7AxoYwniWj

Each and every admires of yours wanna see you on social media platform.. Please come soon