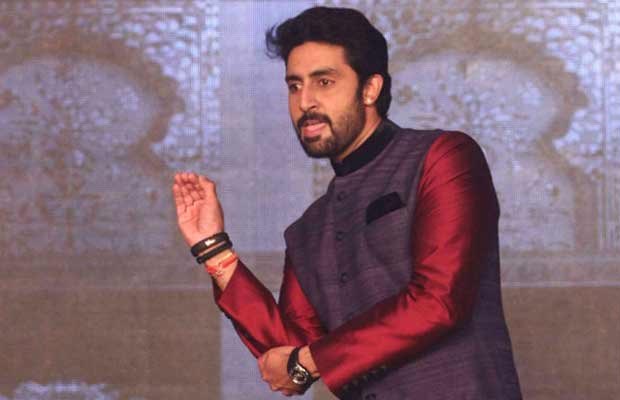 Abhishek Bachchan has not done many films in his career but what little or more that he has done in his life he has managed to make a name for himself in the industry. People who love him and know him closely know that he works hard and prepares in advance in order to do justice to his movies.

Recently we came across a tweet by Bollywood Gandu where he tweeted Life is not about answers but questions. Where is my career going? Am I making enough money? Why am I still following @juniorbachchan? The tweet was really offensive and quite brutal no wonder Abhishek could not hold himself from replying, he stated @BollywoodGandu here are the answers: 1. Nowhere 2. For your skill set? Hell yeah! 3. I don’t know. I unfollowed you years ago.

Well that was the beginning of the twitter war and once Mr.Bachchan replied there was no stopping Mr. Talwar. .@juniorbachchan looks like you and I have a lot in common. Except whatever little I’ve made of myself – it’s without my papas help. Well we all know that the attack was brutal and so was the reply @BollywoodGandu wow!!! Great come back buddy. Never heard that before. Ouch!

The comments and remarks Mr. Talwar made like @juniorbachchan what to do, this is why the career has gone nowhere, Sorry guys. I shouldn’t have said @juniorbachchan is famous because of his father. It’s actually his wife must have left a strong mark on junior Bachchan. He replied @BollywoodGandu and unlike you…. Whatever I am today is because if my family. And am very proud of that.

Well the industry is cruel but not so cruel and this was proved when KRK came to Abhishek’s rescue and tweeted, According to my news @juniorbachchan is going to start best n biggest film of his career soon. And I can say tat it’s the right decision.

Well Abhishek commented @kamaalrkhan thank you bhaijaan. We thank you KRK too, people should always support one another. 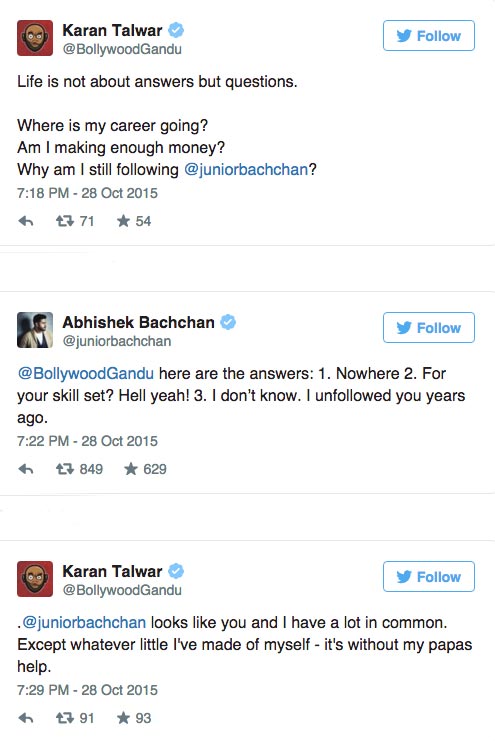