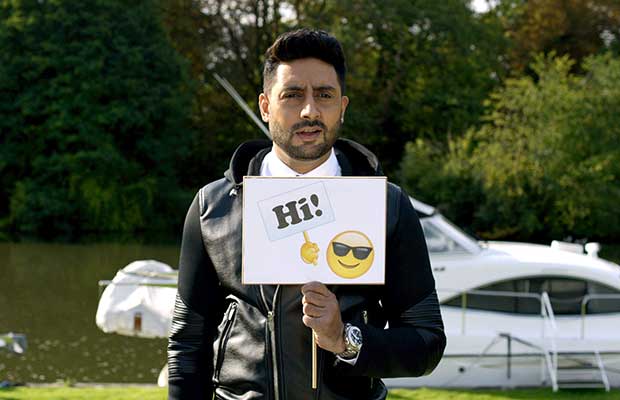 [tps_footer]Abhishek Bachchan who will be seen in the upcoming film Houseful 3 which is one of the biggest releases this year, has done it all for the film.
Things like Tattoo and piercing which we have till date never seen him wearing on screen or off screen for that matter. Well not just that but also Abhishek will be seen rapping again, yes that’s right again! its like a triple treat the audience will get to watch. Sounds like a full house entertainment package.

As we all remember the rap sung by Abhishek Bachchan which was the title track of the film ‘Blufmaster’ which was remarkable and got quite famous and we still have that playing in our minds when so ever we think of it. Yet again Abhishek will be seen rapping in the film ‘Houseful 3′ which happens to be India’s biggest franchise.
Abhishek is playing a very cool dude character in ‘Houseful 3 for which he has done tremendous work over his looks.
In the trailer we saw a glimpse of him rapping and is really catchy, once we hear it, it will be something that will leave an impression on our minds for a good time for sure.

Certainly Ritesh Deshmukh and Boman Irani were also a part of ‘Blufmaster’ and will be sharing screen space with Abhishek in ‘Houseful 3′ again, it sure is a coincidence or merely just luck. It is a happy moment for Abhishek as he may feel more comfortable working again with such great actors and rapping again which seems to be his comfort zone undoubtedly.
The film also stars Akshay Kumar, Riteish Deshmukh, Jacqueline Fernandez, Nargis Fakhri and Lisa Haydon.
There is a lot of anticipation around the release of the film. ‘Houseful 3′ directed by Farhad Sajid is all set to release on June 3rd, 2016.[/tps_footer]