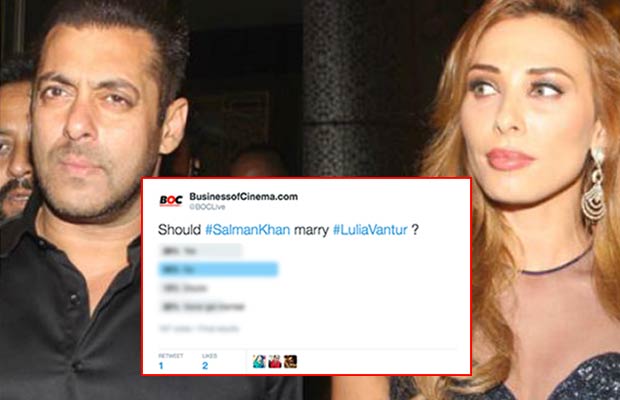 [tps_footer]Salman Khan has been busy with the promotions of his upcoming film ‘Sultan’ which is directed by Ali Abbas Zafar. The trailer of the much-awaited film was released on May 24 and soon it created a buzz on social media. The trailer has been appreciated by the critics and fans and it seems they can’t wait for the release of the movie. The trailer is already making records as it has crossed more than one million views within 24 hours of its release.

The highlight of the ‘Sultan’ trailer is Salman Khan and Anushka Sharma’s chemistry, who will be seen together for the first time on the silver screen. Apart from the promotions, Salman Khan is also grabbing all the limelight on the personal front. Salman is under limelight since he arrived together with rumoured girlfriend Iulia Vantur at Preity Zinta’s wedding reception. While his impending marriage is being a talk of the town, we conducted a poll to know how many Bhaijaan fans want their favourite star to marry Romanian beauty Iulia Vantur.

So, here is the result of the poll and it seems a majority of Salman Khan’s fans do not want him to marry. Share your thoughts on the same in the comments section below. 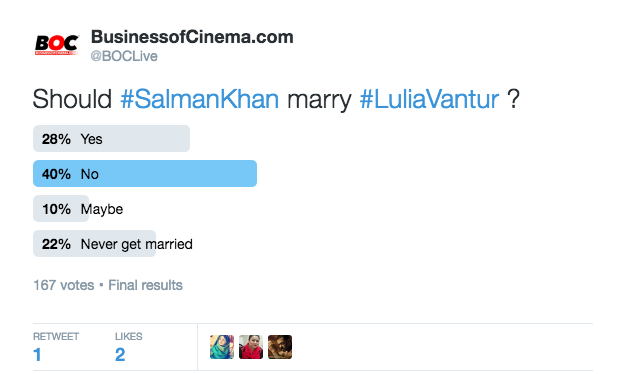 If you haven’t watched the trailer of ‘Sultan’, watch it here.