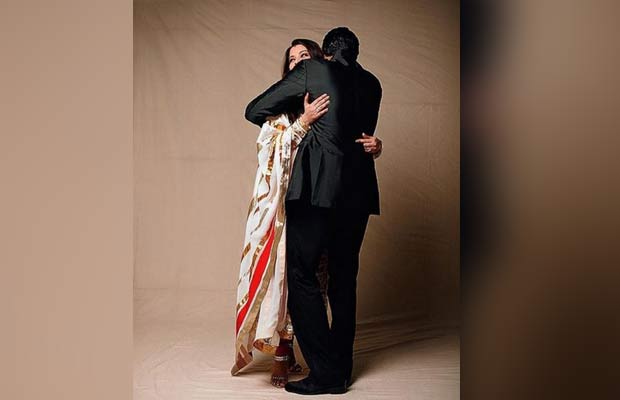 [tps_footer]One of the best couples of Bollywood, Abhishek Bachchan and Aishwarya Rai Bachchan makes us believe that ‘Marriages Are Made In Heaven’. The adorable couple celebrated their ninth marriage anniversary on April 20. What was more adorable about the day was Abhishek’s gesture for his lovely wife.

Abhishek Bachchan took to Instagram to express his love for his beautiful wife Aishwarya. He shared a picture where he is seen hugging the actress and must say its worth million dollar picture. He captioned the picture as, “9 years of togetherness, love and hugs!’ 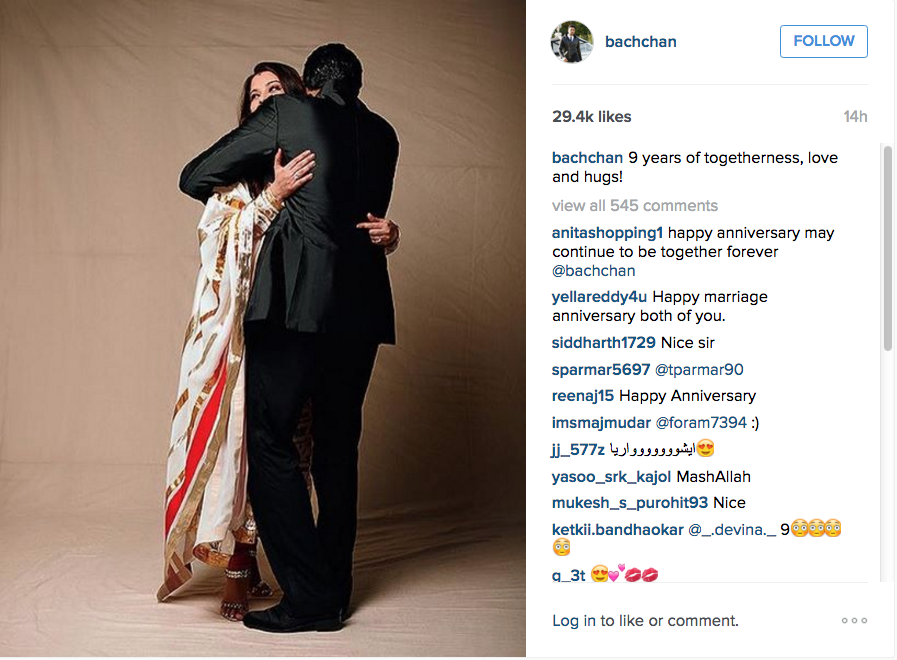 Megastar Amitabh Bachchan had also wished the lovely couple on their very memorable day. Big B wished “joy and happiness” to his son Abhishek and daughter-in-law Aishwarya Rai on their ninth wedding anniversary.

Abhishek Bachchan and Aishwarya met each other first on the sets of Dhaai Akshar Prem Ke in 2000. Later they worked together again in Kuch Naa Kaho in 2000. The first smell of love ignited between the two while shooting for the item song, Kajra Re, on the sets of Bunty Aur Babli in 2005. However in 2006, they got more time to spend with each other while shooting for their movie Guru and Umrao Jaan. Abhishek finally proposed Aishwarya after the premiere of the film, Guru, in Toronto and she immediately said yes.

With many ups and downs, the two tied the knot on April 20, 2007, at a private ceremony at Bachchan’s Juhu residence, Prateeksha. They welcomed their first child, daughter Aaradhya in November 2011.

We wish them Happy Anniversary with lots of love of togetherness in the coming years![/tps_footer]