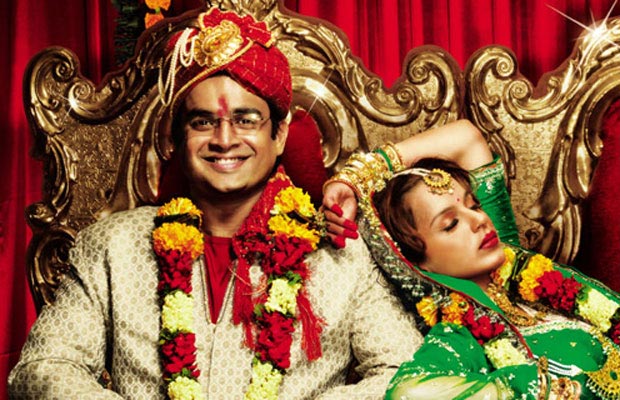 [tps_footer]Usually, every artist looks forward to becoming part of a successful project and a franchise. Aanand L Rai’s movie Tanu Weds Manu and it’s sequel has received a lot of critical acclaim and box office success. Recently, Kangana Ranaut had won the best actress National Award for her movie Tanu Weds Manu 2. Although, we felt Kangana was the real hero of the movie or should we say the script was the real hero. Anyways, Tanu Weds Manu is a journey which the makers, stars like R Madhavan, Kangana Ranaut, Jimmy Shergill, Swara Bhaskar, Deepak Dobriyal and Eijaz Khan who are a part of this flick and the audiences will love to remember.

But, there is someone who doesn’t want to be part of the third installment of this movie. Yes, there is no official announcement yet for a third installment but the audiences are waiting for another movie under this franchise and as much as we know, even director Aanand L Rai is waiting to get a new story for making Tanu Weds Manu 3 but right now he is occupied with other projects.

Raanjhanaa director Aanand L Rai got a weird feedback from Swara Bhaskar who is playing the character of Payal in Tanu Weds Manu series. She said if the third installment is made then please end the character of Payal and Jassi played by actor Eijaz Khan. Swara who is working with director Aanand L Rai in Nil Battey Sannata shares a great rapport with him and she is free to speak her mind.

So, Swara said directly, “If it is happening then Payal is dead. She is not having any more children. No artificial insemination. We have already established that Jassi is impotent. Like, let’s not take the story any further. It’s embarrassing. It is getting into awkward places. I think it should be the end of Jassi and Payal’s story.” Swara Bhaskar is not just a brilliant actress but she has a witty sense of humor too. Honestly, we would love to see all the characters of Tanu Weds Manu franchise in the third installment as well.

Are you ready to watch Tanu Weds Manu 3 ?[/tps_footer]