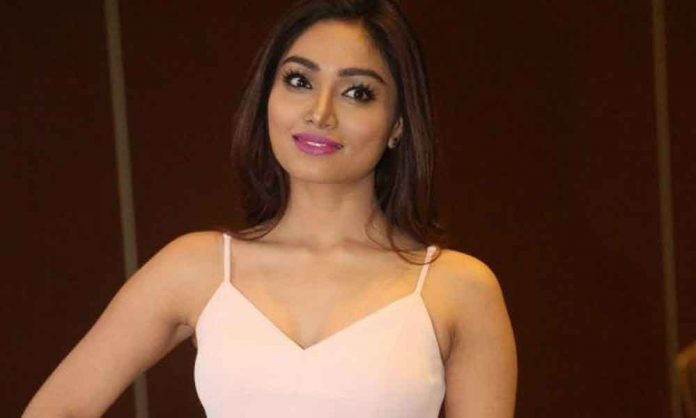 Aishwarya Devan interacted with media on Tuesday for the promotion of her forthcoming film “Kaashi in Search of Ganga”. The film will also mark her debut in Bollywood.

Talking about her character Devina, who is a journalist from Lucknow, Aishwarya said, “I haven’t done as many strong roles in South films so I am very happy that my debut role in Bollywood is a of strong female character.

The director of this film (Dhiraj Kumar) who is also a debutant, helped me a lot while shooting for the film.

“I didn’t have to prepare a lot for Devina, apart from understanding how her job as a journalist framed her strong character and her Lucknowi dialect.”

Aishwarya will appear as the lead opposite actor Sharman Joshi who will be playing the title role of Kaashi.

Asked about her experience of working with the “3 Idiots” star, she said, “I never thought I would be debuting opposite him. He is an actor that I really look up to. He had successful films like ‘3 Idiots’, ‘Rang De Basanti’ and all his characters have been so memorable.”

Directed by Dhiraj Kumar and written by Manish Kishore, the film will release on October 26.