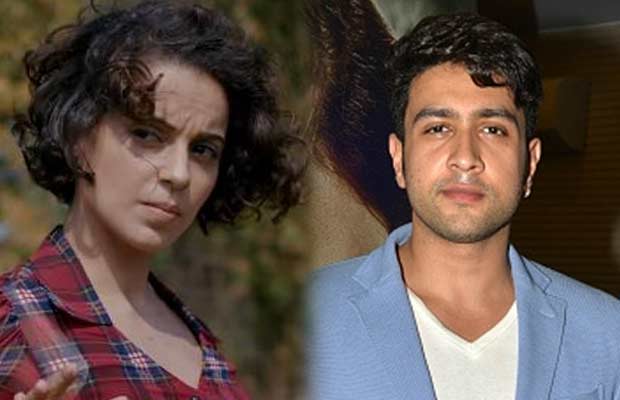 Adhyayan Suman has got to say something about hi ex-girlfriend Kangana Ranaut. Well! In a recent comment about Kangana, he sarcastically asked the trollers to save the Titanic from sinking referring to her current film Rangoon.

This happened when the actor’s father Shekhar Suman took to Twitter to post about a cocained actress who fell on her face. Although he didn’t take any names, Kangana’s fans took to the tweet deeply by an offence and slammed the post.

Adhyayan Suman then defended his father quoting, “In a middle of my script reading! Disturbed again by these parasites (trollers) they might just assume someone else… Just saying”. This is what he wrote.

He also said that the paid trollers should instead go to the theaters and save the Titanic from sinking. He probably metaphorically referred Rangoon’s failure to the sinking Titanic. Rangoon is a Vishal Bhardwaj film starring Kangana Ranaut as the lead actress.

He said,“Let me give you an advice… All the money you are making to come here and abuse me go to the theaters with whatever money you have and watch the film and… save the ‘Titanic from sinking’ because it’s sinking real fast”.

Adhyayan, when questioned by trollers on his own failure as an actor, said it’s debatable.

“It’s debatable… We will see who will remain a failure and who won’t… While I work in films, you may mock me here or do something for yourself,” he said.