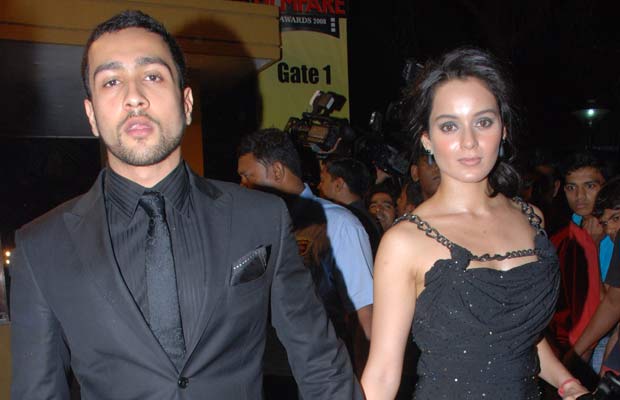 [tps_footer]Bollywood actress Kangana Ranaut and Hrithik Roshan‘s war of words and leaked emails are turning their battle nastier. While the two were hitting back each other with legal notices and claims, we were surprised with another big shocking twist that came to media by none other than Kangana’s ex-boyfriend Adhyayan Suman.

From how Kangana Ranaut did black magic on him, to how he was physically abused by the actress, Adhyayan Suman revealed the bitter truth of his life, in an interview recently. In his long explosive interview, one of the things the young actor revealed was how one day, he had attended a press meet after getting physically abused by Kangana.

He revealed saying, “The next day we had a press meet for Raaz 2 at my building. Kangana said she wouldn’t come. Our PR started panicking but then she turned up. I held her hand and said, “Baby I am so sorry. I love you.” She slapped me hard, again. I was just zapped! I was crying like a kid… and then the entire rant and MC/BC gaalis began. I realised then that she’d made up the whole thing about the actor trying to grab her a**. She said that just to f*** my mind with these mind games. To the waiting media, even though I felt like a complete a**hole I gave an interview saying, ‘She was one of the most beautiful actresses that we have in the country today and a huge star.’ In her interview, she mocked me and said I was the most spoiled brat that she knew who didn’t come to sets on time etc. I just laughed it off like a joke, I had no other option. I had just come out after being physically abused and emotionally tortured I had to praise her and hear things about how I didn’t want to work etc. It was traumatizing.”

Well, Adhyayan Suman had to speak all good about Kangana despite he was abused badly by the actress, before the interview. In the same interview, Kangana had also said that Adhyayan is a spoiled brat and the young actor couldn’t help, but just laugh at it.[/tps_footer]