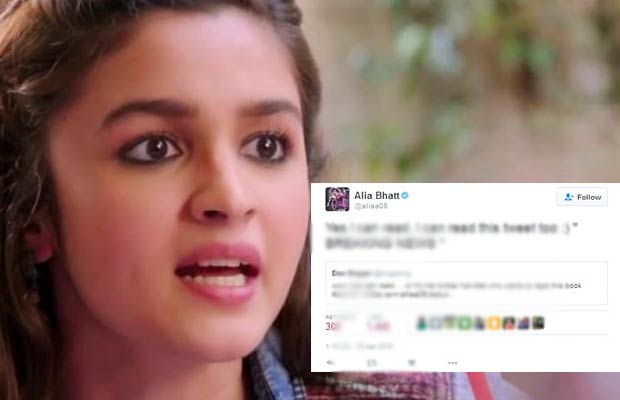 [tps_footer]Alia Bhatt is one of the most promising actresses of the new lot. The mind blowing starlet who is signing back to back credible movies is not just tasting compliments but is also facing criticisms. Just recently, the gorgeous actress was bombarded with open letters for her character of a Bihari migrant in the film ‘Udta Punjab’. Alia gave a tough reply to the same and yet again the talented starlet is on the same lines.

As we all know Alia has been trolled many times for her intellectual. The Highway actress was termed as a dumb one after she replied wrongly to a question asked on Karan Johar’s show Koffee With Karan. After the said answer, many memes and trolls targeted Alia Bhatt for her intelligence.

The mind blowing starlet who knows how to laugh at herself faced everything amazingly and released a troll like a video on herself too. Alia Bhatt who is garnering all applauds for her character in the film ‘Udta Punjab’ recently faced such a troll on the micro-blogging site Twitter. The actress tweeted on her handle saying that she is eager to read a particular book. 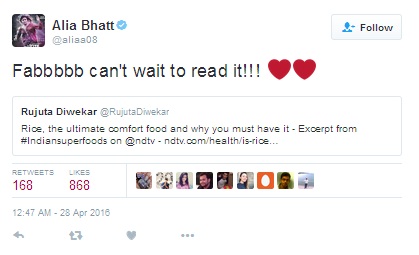 To her comment, someone replied, “wow! she can read … or it’s her twitter handler who wants to read this book #dunno.” 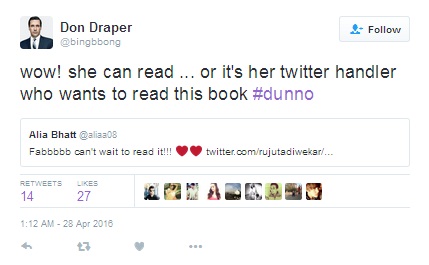 Well, the Bhatt girl gave it back to the troll in a witty way saying, “Yes I can read. I can read this tweet too 🙂 ” BREAKING NEWS ” 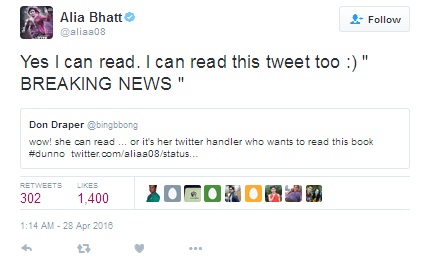 Well, all we can say is haters gonna hate Alia!

The beautiful actress will soon be seen in the film ‘Udta Punjab’. The film will hit the screens on June 17, 2016.[/tps_footer]