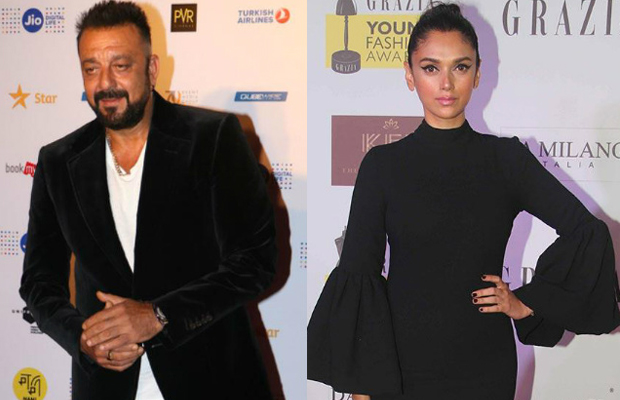 Putting an end to the suspense and rumours as to who will be playing the leading lady in Sanjay Dutt’s comeback film, director Omung Kumar has announced Aditi Rao Hydari in and as ‘Bhoomi.’ The gorgeous and multi-talented Aditi is currently preparing for her role and will start shooting early next month.

‘Aditi fits the role like a glove. She is what I want to see in my Bhoomi,’ said an excited director Omung Kumar.

Critically appreciated for her powerful role in Wazir and Fitoor recently, Aditi is all geared up to play Sanjay Dutt’s daughter in ‘Bhoomi.’ The film is an emotional revenge drama that explores the relationship between a father and daughter. The film will be shot entirely in Uttar Pradesh.

Producer Bhushan Kumar says, “We’re extremely delighted to have Aditi on board. She is a multi-faceted actor who will bring Bhoomi alive.”

Producer Sandeep Singh added, “As a producer, I am really looking forward to Sanjay Dutt playing a father’s role. Aditi befits the role completely. I am really keen on seeing the brilliance of two talented actors in a never-seen-before pairing come alive on screen.”

The film will be made under the banner of Bhushan Kumar led T Series, Sandeep Singh and Omung Kumar‘s production house Legend Studios and will be in the theatres on August 4th.