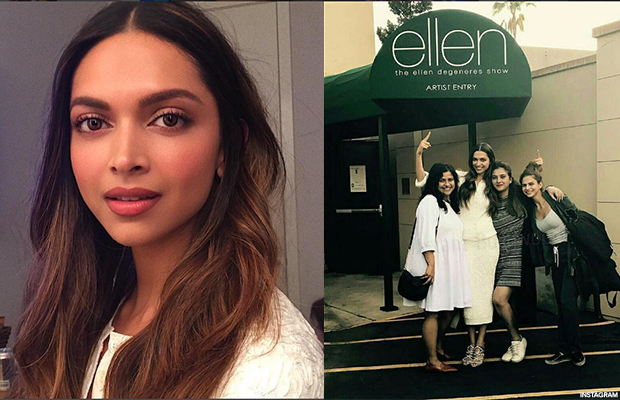 It’s true! The reports that were doing rounds about the Bollywood diva, Deepika Padukone appearing on The Ellen DeGeneres Show are indeed true. After Priyanka Chopra, who has appeared on the show too, seems like Deepika is following the lead.

The news officially broke to us when DP and her team shared pictures from the sets of The Ellen DeGeneres Show. “This just happened,” Deepika wrote with a smile emoticon on Instagram after she posted a picture.

As for her attire, Deepika looked ravishing in her white ensemble. Just like PeeCee, Deepika also decided to go all white for the show.

It was tequila shots for Priyanka, let’s see what Ellen has for Deepika!!