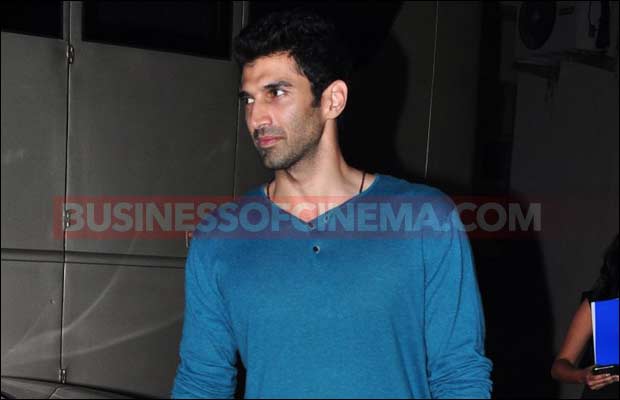 [tps_footer]Aditya Roy Kapur who played the most memorable character of Rahul Jaykar aka RJ in one of the blockbuster films Aashiqui 2 recently completed 3 years!

Aditya even today wherever he goes for college visits for movie promotions or events, have fans and the crowd shouting his character name RJ all over as this particular film and its story had travelled far and beyond!

Aditya who received several fan mails and letters on the eve of the film completing 3 years, received a very special gift from one of his fans.

One of the actor’s fan had hand wrapped a very memory of Aditya from the film. The fan gifted Aditya a guitar! This guitar was very close to the one that the actor used in the film! It was very special and the actor was pleasantly surprised by this very sweet gesture of the fan!

It was indeed a very special expression and Aditya was immensely touched with it.

Aditya‘s performance in the film was loved by the Audience and it had left a lasting impression.

Spokesperson of the film confirmed the news and added, “Aditya was very touched by the sweet gesture done by this fan, the way he expressed the love for the film is something very sweet. It’s glad to know when films strike such a personal chord with the audience”

Aditya currently is occupied with the shoot of OK Janu opposite Shraddha Kapoor. The actor has been shooting in Bombay and has been riding a lot of bike for the character of his film. The actor is purely enjoying it![/tps_footer]