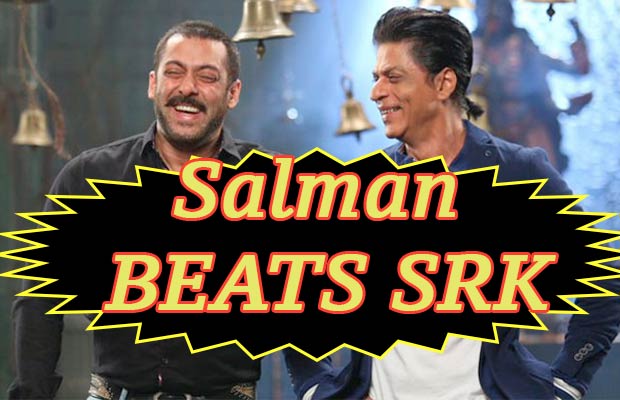 [tps_footer]The one sure-fire way of measuring financial success when it comes to Bollywood is to scrutinize the amount of taxes paid. For most of us, paying taxes is an activity that is reserved for the end of the financial year. But for our moolah-raking celebs, a concept called ‘advanced tax payment’ comes into play. The term ‘advance tax’ refers to paying a part of your taxes before the end of the financial year. Our beloved stars often take to paying advance taxes to the Government based on their incomes from all of their multiple sources.

Well, this year’s advance tax payers have already declared ‘open season’ and the first celeb to pay his share of hefty taxes is none other than ‘Bajrangi Bhaijaan’ Salman Khan. While the ‘Being Human’ star paid a whopping sum of Rs 26 Crores last year, he has gone ahead and paid Rs 32 Crores as advanced taxes this year. It comes as no surprise that the actor has seen a significant increase in the sum paid as taxes after big budget hits like ‘Prem Ratan Dhan Paayo’ and ‘Bajrangi Bhaijaan’.

Last year, SRK had paid a whooping sum of Rs 32 Crores as advance tax but this year, the figure has dropped to Rs 20 Crores for this year. This is one of the very rare times that SRK has not been the highest tax payer of the year. We wonder if this has anything to do with the lukewarm success of ‘Fan’.

Among other top advance tax payers, there is Ranbir Kapoor who paid a sum of Rs 22.3 crores as compared to his payment of Rs. 19.7 crores for the fiscal year 2014-15. Ajay Devgn, on the other hand, has paid Rs 5 crores as advance tax for this year, which is equivalent to what he paid the year before.

Mr. Perfectionist, Aamir Khan paid a sum of Rs 19.6 crores for this year as opposed to Rs 15.8 crores he had paid last year. Bollywood’s angry young man, Amitabh Bachchan who found himself on the wrong side of the media for his alleged involvement in the controversial Panama papers paid Rs 17.5 crores as advance tax this year. Ajay Devgn, on the other hand, has paid Rs. 5 crores as advance tax for the year 2014-15, which is also the same amount that he had paid for the year 2014-15.[/tps_footer]