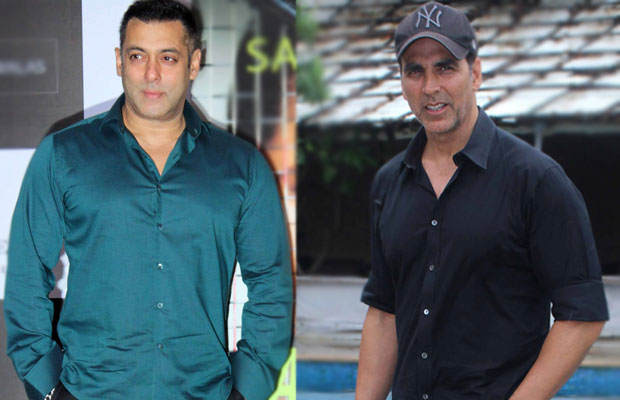 The advance tax list of the year 2016-2017 is out, and Salman Khan and Akshay Kumar are one of the highest tax payers. Well, among these superstars, it is Salman who has paid highest tax and tops the list. After him, it’s Akshay Kumar and Hrithik Roshan.

According to reports, the Sultan actor has paid an advance tax of Rs 16 crores. Last year, he had paid 11 crores. The year 2016 has proved great for him as his Eid release Sultan managed to collect more than 500 crores at the box office globally. After Bhai, Akshay and Hrithik share the second position. Both the actors have paid 11 crores tax this year.

On the other hand, the department did not disclose the tax details of Amitabh Bachchan, Aishwarya Rai Bachchan, and Shah Rukh Khan. As per a portal, a senior official from IT department stated that these numbers could not be revealed as all three are under investigation. The official added that the Bachchan’s are getting questioned about the Panama papers and SRK for his investigation in Dubai and other Gulf countries. Aamir Khan has paid a tax of 3.70 crores this year.