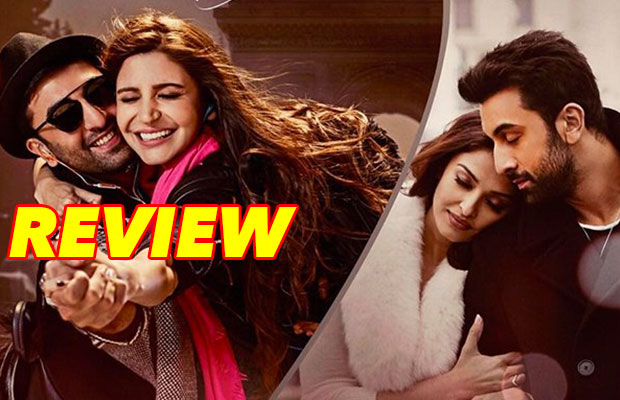 The path of love is paved with stones. And this is the lesson for Ayan Sanger (Ranbir Kapoor), a rich kid with dreams of becoming a singer, who discovers his voice only after experiencing heartbreak.

He chance meeting with Alizeh (Anushka Sharma) develops into a strong friendship, and while that’s all it is for her, Ayan finds he has fallen in love with the independent, strong, glib girl who laughs in the face of pain, unlike the blubbering Ayan who weeps at the slightest sign of hurt.

When Alizeh returns to her first love, a heartbroken Ayan finds solace in the arms of poet Sabah (Aishwarya Rai Bachchan), an older woman, a divorcee with no desire for emotional involvement. But unwittingly she finds herself in love with Ayan. Unrequited love is the running theme in writer-director Karan Johar’s romance. Rai Bachchan, Sharma and Kapoor play three sides to this love quadrangle with Fawad Khan forming the fourth arm as Alizeh’s love Ali.

But no Bollywood love story is complete without a dose of emotional manipulation and drama, and that’s when the otherwise perfectly enjoyable (there is plenty of comedy, sensuality, desire, cameos, songs and lovely clothes) loses the plot.

Dialogues are too often prose-like rather than easy-going which affects their relatability. Ranbir Kapoor is, as always, a delight to watch. This part fits him like a glove, as he plays the boy who becomes a man with a voice as he learns to face the curves balls thrown by life. Anushka Sharma is fun and feisty as Alizeh and with his film she really shows her growth as an actor. As for Rai Bachchan, it’s hard to keep your eyes off her. Not only is she looking a million bucks but, after the disastrous Jazbaa, it’s good to see her in a well-suited role.

Ae Dil Hai Mushkil is a gentle watch that might go down in time as Johar’s most memorable work but after Student of the Year and My Name is Khan, it marks a return to form – of the formula Bollywood movie with designer clothes, fancy locations and the unadulterated urban love story.