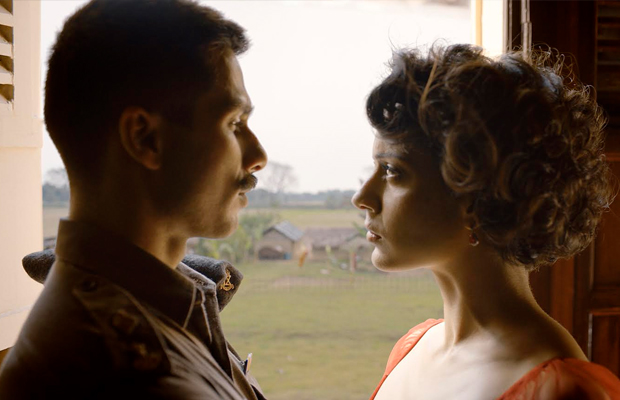 Farah Khan is back to choreography after a hiatus and this time she’s made an exception to her golden rule of not choreographing for another film-maker and the film maker is none other than the talented Vishal Bharadwaj.

Interestingly, Farah has always been known for bringing novelty to her songs, one of the most popular being “Chaiyya Chaiyya” from ‘Dil Se,’ where she made Shah Rukh Khan dance on top of a moving train!

Just when people thought a similar experience couldn’t be recreated, we are faced with history all set to repeat itself! Farah Khan has surprised everyone by choreographing the song ‘Tippa’ from the film ‘Rangoon,’ starring Saif Ali Khan, Kangana Ranaut and Shahid Kapoor and the song set on a train, revolves around Kangana dancing in it.

The ace choreographer had ventured into direction, putting her focus solely into the art of film-making, and also continued with choreography though only for her own films. She was thrilled to work with Vishal Bharadwaj and the song gives the audience another adrenaline rush of “dancing on the train” experience!

‘Rangoon’ trailer and songs, ‘Bloody Hell,’ ‘Yeh Ishq Hai’ and ‘Mere Miyan Gaye England’ are already winning hearts and getting the audience excited for the film and Farah Khan and Vishal have created magic yet again with ‘Tippa.’

‘Rangoon’ is an intense drama revolving around love, deceit and war, set against the backdrop of World War II. Directed by Vishal Bhardwaj and produced by Sajid Nadiadwala under the banners of Nadiadwala Grandson Entertainment and Viacom 18 Motion Pictures, ‘Rangoon’ is all set to hit the theatres on February 24, 2017.