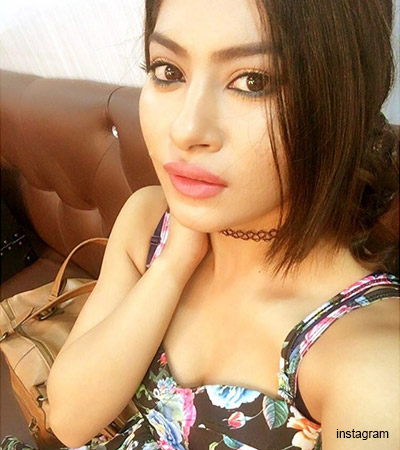 After Shah Rukh Khan and Priyanka Chopra, TV star Mouni Roy‘s doppelganger has now been discovered. Yes, Krishna Mukherjee, who is also an actress, is making headlines for her look alike with, TV star Mouni Roy. In fact, you must have also seen her as Aliya in TV show Yeh Hai Mohabbatein. The resemblance between the two is so similar that you would actually get confused between them.

Apart from their look-alike features, the actresses are also Bengali.  Being in the same profession, reportedly, Mouni and Krishna Mukherjee are also too good friends. Krishna Mukherjee has also received  lots of fame and followers on her social media account due to her resemblance to Mouni Roy.

One can’t deny the fact that the two girls look twins! Don’t they? In an interview, Krishna also revealed that she would love to play Mouni’s twin if given an opportunity.

Check out their look alike pictures that will leave you puzzled!