Looks like after Shekhar Suman, Adhyayan Suman has once again indulged into a war with Kangana Ranaut.

It all started yesterday after Kangana Ranaut’s ex-boyfriend Adhyayan Suman’s father Shekhar Suman took to his Twitter handle and tweeted something that referred to Kangana Ranaut and Rangoon failure.

In the series of tweets, Shekhar tweeted, “One co*ained actress was carrying the burden of her non existent stardom. She has fallen flat on her face n how. Guess this is poetic justice.”

A few hours later, he again tweeted, “I’m horrified at the paid lackeys and sycophants who have jumped in defence of a lumpen so-called star. Shame on you, you paid twitteratis.”

He also went ahead to write that he did not mention anyone’s name in the tweet and also tweeted, “The game begins now”?

In no time, Shekhar Suman started facing backlash for his comment and none other than his son Adhyayan jumped to defend him. However, things turned out to be in other way after Adhyayan was also trolled.

A twitter user commented on Shekar Suman’s tweet, ““Hi Sir where do you and your super star son @AdhyayanSsuman keep your National awards??”

What followed is just funny. Check out tweets below: 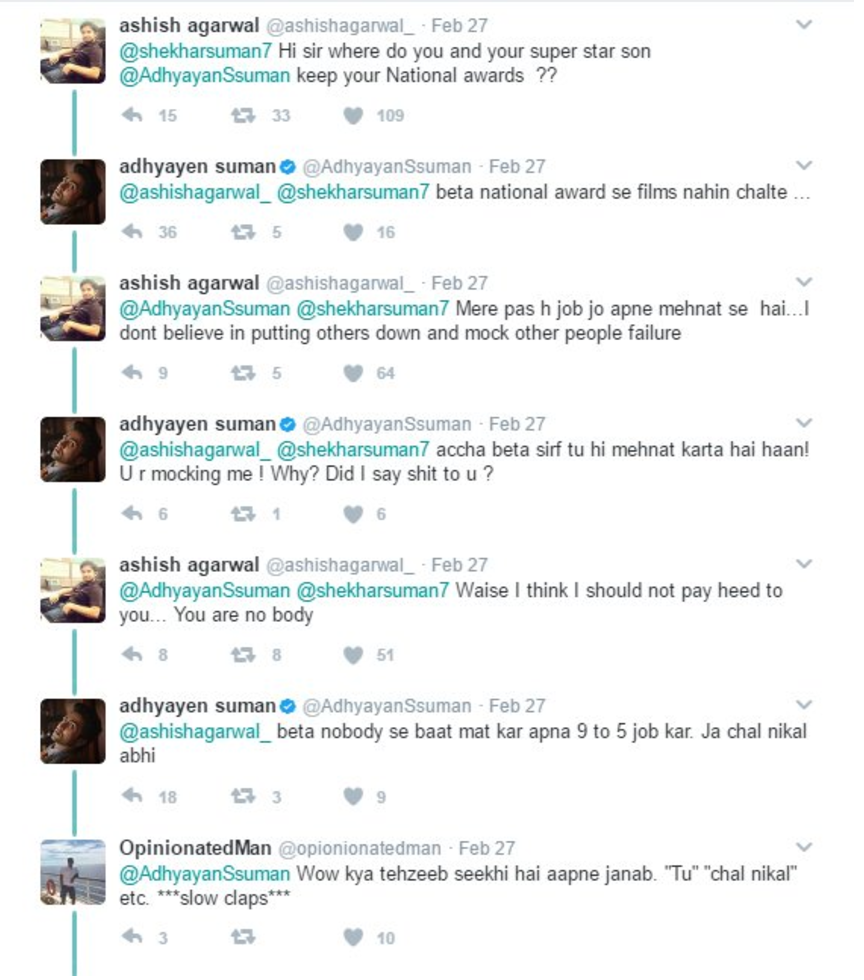 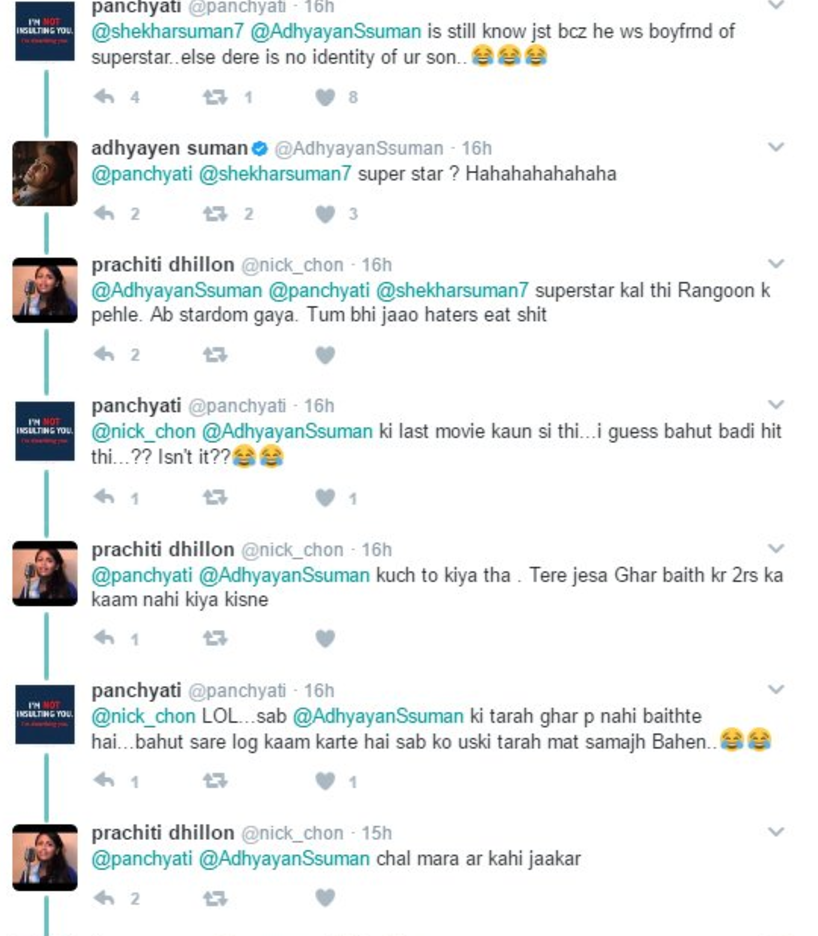 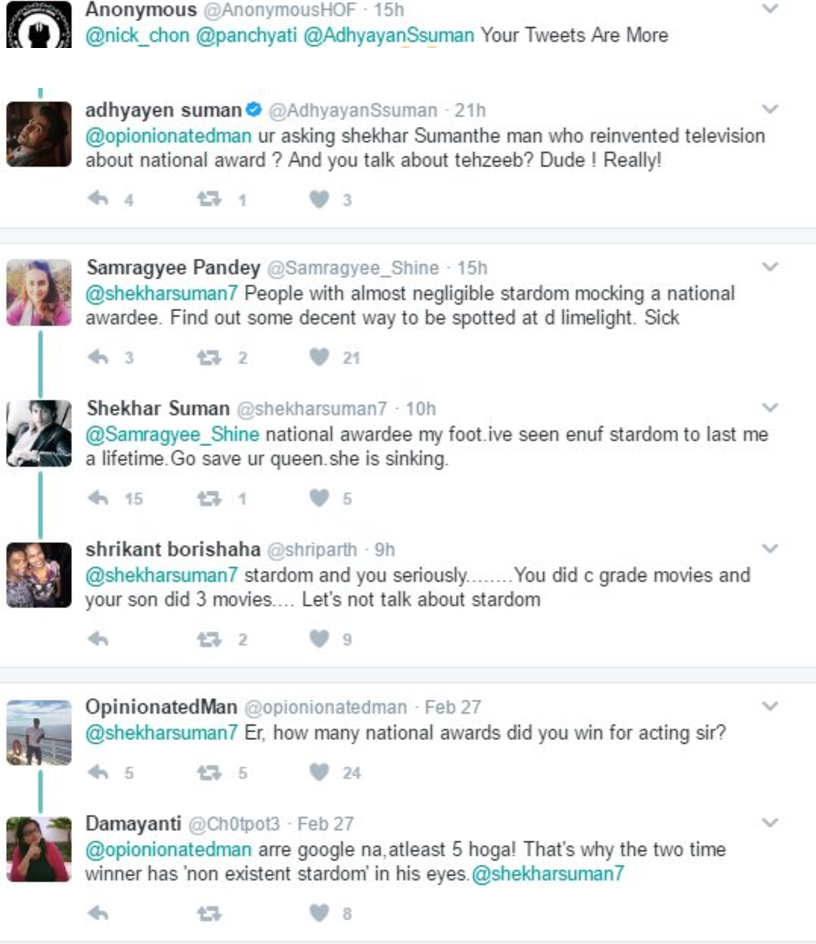 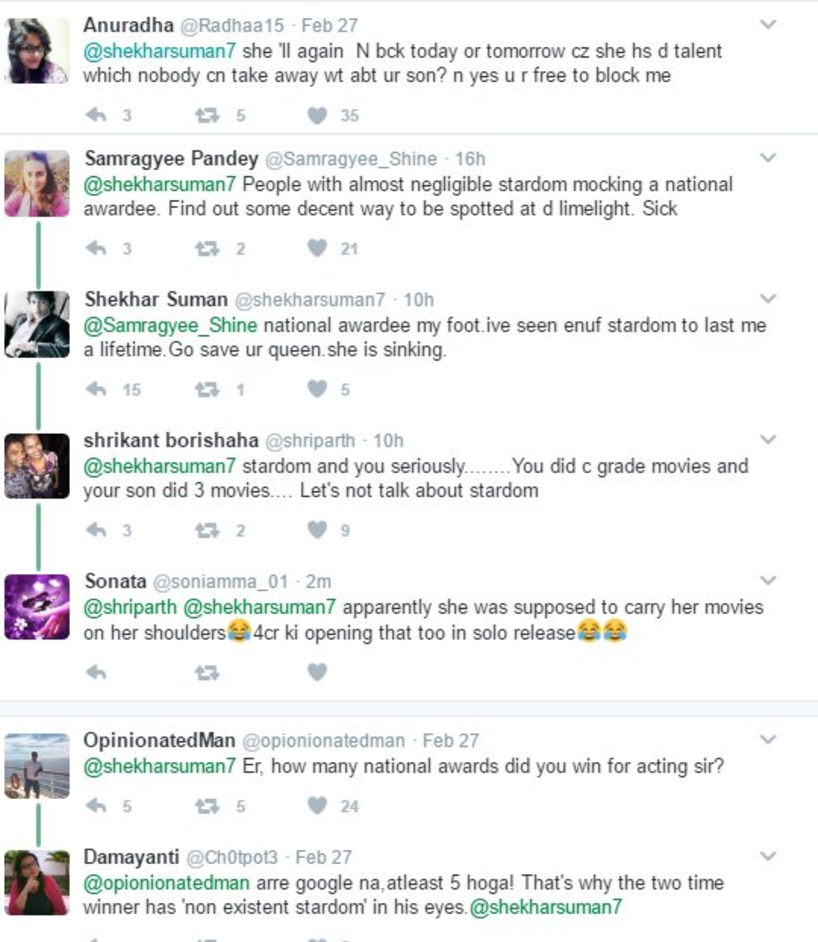