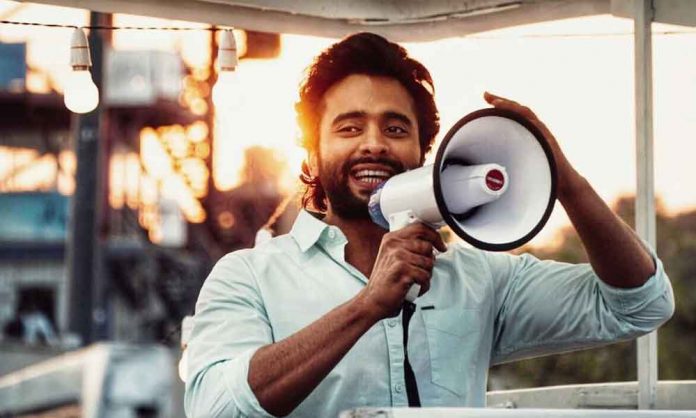 Jackky Bhagnani’s recent chartbuster ‘Kamariya’ from ‘Mitron’ has been ruling the social media gaining much popularity ahead of Navratri. The actor’s quirky moves on the Garba track gained instant love from the audience, making Jackky Bhagnani a popular name in celebrities with high demand for Navratri celebrations.

After getting the audience grooving to the energetic festive number, Kamariya became a hit amongst dance classes as dancers across have been rehearsing for Navratri. Now, Jackky Bhagnani has been showered with calls requesting him to attend Garba mandals for Navratri celebrations.

Jackky Bhagnani earlier rocked the live audience as he entertained the crowds at Janmashtami celebrations in Mumbai. The actor shook a leg with the audience as well as broke the handi celebrating the festival with the masses.

Actor Jackky Bhagnani has been garnering appreciation from all quarters for his recent release ‘Mitron’. The actor who essays the role of a lazy, crazy, good for nothing, aimless Gujarati guy named Jai has been receiving accolades for his apt portrayal.

Critics have showered the actor with praises for his performance, leaving Jackky overwhelmed to the warm response by the critics as well as the audience.