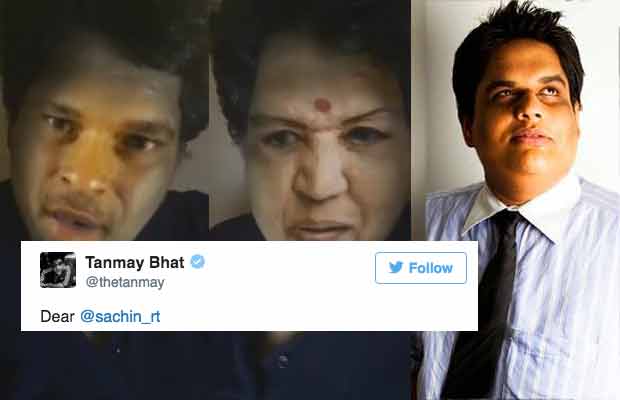 The entire nation expressed their discontent over such unnecessary video by Tanmay Bhat.

The video was not taken a joke but indeed seemed like the comedian Tanmay Bhat had some personal agenda against Sachin Tendulkar and Lata Mangeshkar.

Despite the entire lash back, Tanmay did not think he should apologise for insulting two legends in their own field who have received such fame and accolades for the country.  Until yesterday. On the birthday of cricketing legend, Tanmay took to Twitter to write a heartfelt apology for Tendulkar. But he conspicuously left out the ‘Nightingale of India’ from his apology letter for his crude joke.

There was not just displeasure from social media, but even MNS had threatened to kill Tanmay Bhatt for his crude joke on Sachin Tendulkar and Lata Mangeshkar.

During that time, Lata Didi reacted the whole controversy with a very gracious and non-controversial statement. She simply said, “I don’t know who is Tanmay Bhat is.” She further added, “I have not seen the video, neither do I have any inclination to do so. I will not comment about it.”

We wonder whether or not he plans to apologise to Lata Mangeshkar or will that another year?