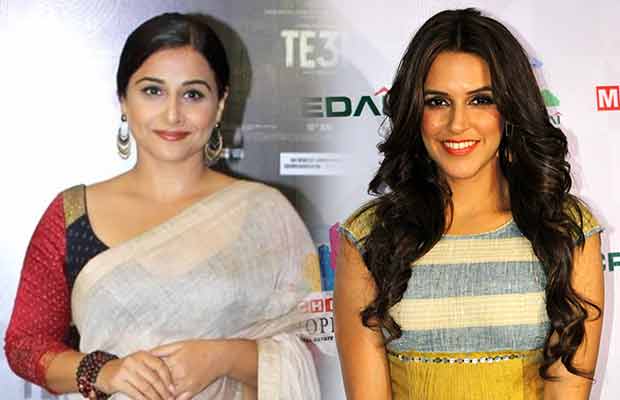 The hot Neha Dhupia is the latest addition to the cast of T-Series and Ellipsis Entertainment’s slice-of-life comedy, Tumhari Sulu.

In Tumhari Sulu, Neha Dhupia will essay the role of Maria, Vidya Balan’s boss in the film. The makers, who recently announced the pairing of ace theatre actor Manav Kaul as Vidya’s screen husband, were looking for a strong statuesque actor who would be able to hold her own in front of Vidya. Neha plays an assured head of a popular radio station.

“Maria is a beautiful, aggressive and successful entrepreneur. She has an interesting and important role, which will keep Neha’s unpredictable element alive,” says director Suresh Triveni.

While the principal photography commenced only recently, Neha will start shooting in June and has begun her readings and prep for the film.