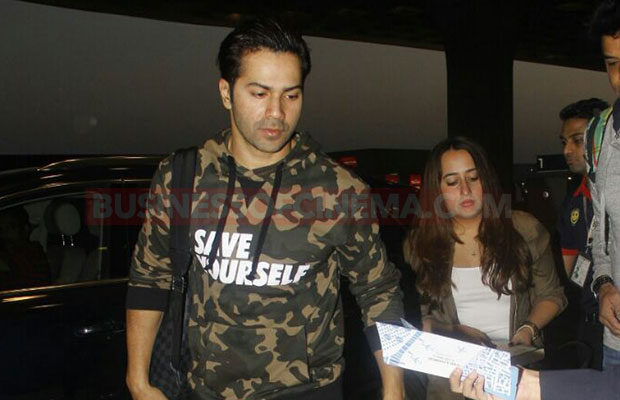 Bollywood actor Varun Dhawan is currently enjoying the phase of success after his recently released film Badrinath Ki Dulhania received a huge response from the audience as well as at the Box Office. The film, which also stars Alia Bhatt, had taken a good start at the Box Office and has earned Rs 54 crore in flat 4 days. Well, now that the actor is relaxed and tensed free from one month long promotions, Varun Dhawan was spotted at the airport today while heading for a holiday with girlfriend Natasha Dalal.

Varun Dhawan, who is always excited to pose for paparazzi looked quite reserved and ignored to pose for the shutterbugs. Dressed in his casual best, Varun was spotted making his way to the airport with girlfriend Natasha Dalal. The two looked adorable together and this is probably their first public appearance together after Varun recently made his relationship official in one of the interviews.