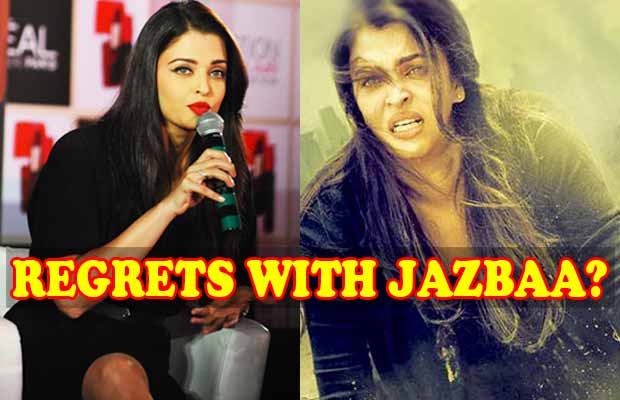 [tps_footer]Aishwarya Rai Bachchan who created waves at the 2016 Cannes International Film Festival thanks to her bold make-up choice is gearing up for ‘Sarabjit’s release today. While her performances in her movie have always been amazing, she had taken a break from her profession after the birth of daughter Aaradhya and then made her comeback in 2015 with the film ‘Jazbaa’

On being asked whether ‘Sarabjit’ would be more effective as a comeback vehicle than ‘Jazbaa’ was, here’s what Ash had to say.

“Jazbaa was a perfect comeback for me. I have never been a person who plans things a lot. I never thought about which film I should debut with after I was crowned Miss World and much the same way I never sat and thought which films I should do after marriage or after having Aaradhya. Jazbaa just happened at that time. I loved the concept, plus there were two phenomenal actors on board — Irrfan Khan and Shabana Azmi. Also, the film’s schedule actually worked out very well with my motherly duties. I used to get enough time to spend with her while driving back home after pack-up. In fact, I agreed to do the film because it wasn’t so time-consuming. I am still very happy with the film and I have no regrets.”

Well, she certainly is killing it with her red-carpet appearances and her bold fashion choices as much as she did with that no-nonsense reply.

Whoever said that actresses have an expiration date probably had never dreamed about Ash’s flawlessness and her ability to slay.[/tps_footer]