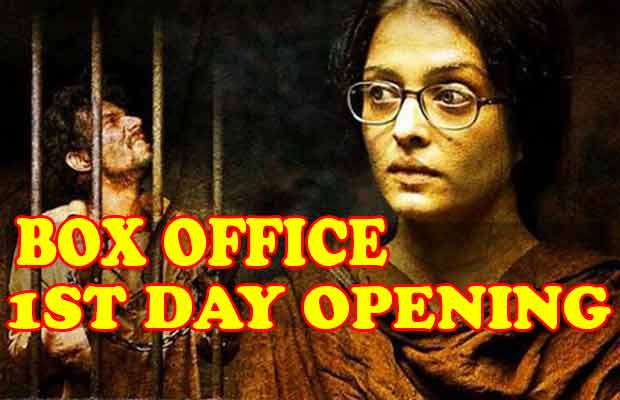 [tps_footer]Aishwarya Rai Bachchan, Randeep Hooda and Richa Chadda starrer Sarbjit, which is based on a Punjabi farmer Sarabjit Singh, has released today on May 20. The film, which was high on promotions, opened with a very low opening on its first day. The opening of Sarbjit is around 15%, which is definitely not good considering the buzz around it.

The story of the film revolves around the life of a Punjabi farmer Sarabjit Singh who mistakenly crossed the border and was imprisoned and eventually killed in a jail in Pakistan. With such intense storyline and hard-hitting promotions, the film has opened just below average. The opening of the film was expected to be good in Punjab and Delhi, but it didn’t perform well in these regions.

Well, it is very much important for Omung Kumar’s Sarbjit to show a good growth at the Box Office during the weekend. The film can run well at the Box Office depending on the word of mouth and it remains to see if the film picks up the pace in the evening and night shows.

On the other hand, X-Men: Apocalypse Hollywood flick has released on Friday and it seems the film has affected Bollywood release Sarbjit.  X-Men: Apocalypse has opened with around 45% occupancy across the country.[/tps_footer]