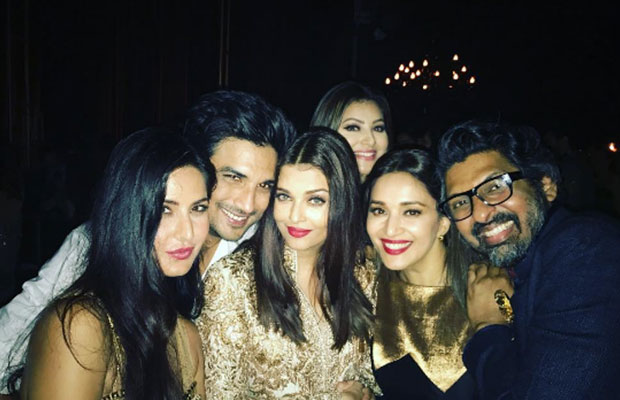 When many stars, especially, A-list stars like Aishwarya Rai Bachchan and Katrina Kaif come under one roof and get together, it becomes a news. Yes! We’re talking about the Bollywood’s favourite fashion designer Manish Malhotra’s 50th Birthday bash hosted by Karan Johar.

Many stars were spotted and what is going to surprise you is that Bollywood’s Dabangg Salman’s ex-girlfriends Aishwarya Rai Bachchan and Katrina Kaif were seen hugging each other at a party.

As per sources, Aishwarya Rai Bachchan was clicking pictures with Madhuri Dixit and hubby Abhishek Bachchan when Katrina Kaif joined and hugged the Junior Bachchan.

Katrina and Abhishek have worked together in films like Dhoom 3 and Sarkar. Everybody in the party thought that it would be awkward for the two ladies but apparently, they shared a friendly bond and clicked pictures when the entire group stood together.

Sushant Singh Rajput too joined the gang and they all had a nice photo session in the meantime.

The sources also reveal that the two beauties had a great time chatting with each other and socializing.

Well! This friendship of Aishwarya Rai Bachchan and Katrina Kaif seems to interest a greater public and media attention.