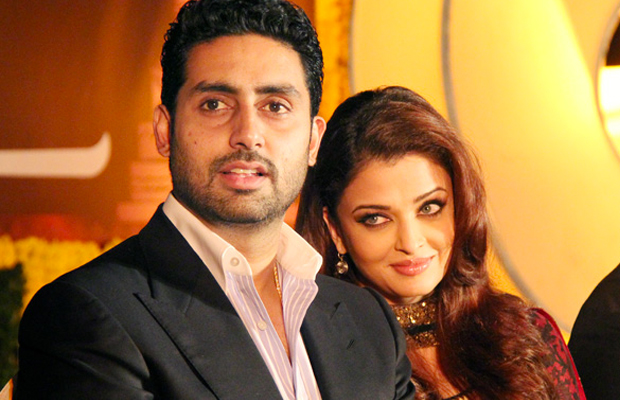 The most loved adorable Bollywood couple Aishwarya Rai Bachchan and Abhishek Bachchan have always won hearts with their sizzling on and off screen chemistry. The two have worked together in many films like Kuch Naa Kaho, Dhai Akshar Prem Ke, Guru, Umrao Jaan, Dhoom 2 and Sarkar Raj.

Well, since their film together, Mani Ratnam’s ‘Raavan’ in 2010, Aish and Abhi have eagerly left their fans wait to see their amazing onscreen chemistry. So, after almost 7 years, the two are reportedly coming together! Yes, you read that right!

Aishwarya Rai Bachchan and Abhishek Bachchan are reportedly planning to come together for Anurag Kashyap’s next venture Gulab Jamun. As per reports, the couple has liked the script but is yet to give the final nod. Nothing much about the film has been revealed but it is said to be a rom-com, which will be directed and produced by Anurag Kashyap. While there is no confirmation from either of the two, it is also said that Amitabh Bachchan will also play an important role in the film.

Well, Anurag Kashyap is known for dark and content oriented film, it will be interesting to see what the director has to offer as something new to the audience with the most demanded Jodi, Aishwarya, and Abhishek.