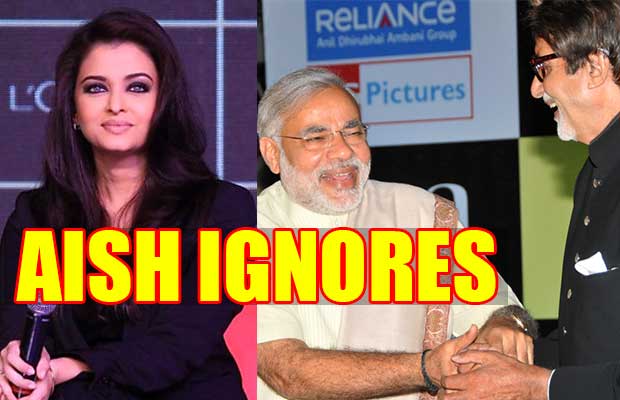 [tps_footer]Aishwarya Rai Bachchan is in news today for her film ‘Sarabjit’ and also for her purple lips saga. Well we really admire Aishwarya for whatever she does and her role in ‘Sarabjit’ was really strong and powerful. Even at the Cannes film festival, Aishwarya was a star and got the maximum coverage for her dressing and for her purple lips.

Recently at the success party of ‘Sarabjit’, Aishwarya was asked a question on Amitabh Bachchan and Prime Minister Narendra Modi connection and choosing not to comment on any politically based question Aishwarya replied in the most royal way. Aishwarya said,“Yes, you were asking me something?”and the reporter had actually not asked her any question. After this response of Aishwarya all the reporters could do nothing but grin. We must Ash is a really smart woman and knows how to handle each and every situation tactfully.

Meanwhile Aishwarya will be seen in ‘Ae Dil Mushkil’ along with Ranbir Kapoor, Anushka Sharma and Fawad Khan. It is a Dharma Production film and we are really looking forward for this film. Ash also have two more films in her kitty. We hope this is a good profession year for the actress.

So which Aishwarya Rai Bachchan film do you like? Tell us in the comments below. [/tps_footer]