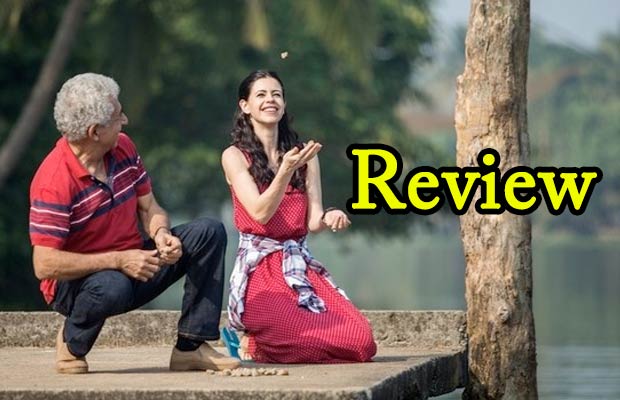 [tps_footer]Anu Menon‘s personal script results in a highly touching and poignant drama with touches of humour played out by two highly competent actors. Naseeruddin Shah is wonderful as the older man in the twilight of his year’s losing hope on a daily basis as his wife (Suhasini Mani Ratnam) has been lying in a coma for eight months.

In the stifling waiting room of a hospital that holds anguish, hope, fear, pain and prayers sits the young Tara, married hardly six weeks, awaiting news of her husband (Arjun Mathur) who is in the ICU after having suffered a serious head injury. The next 48 hours are critical, says the doctor (Rajat Kapoor) in what is a clearly a practiced and emotionless response.

Tara and Shiv strike up a compassionate friendship, becoming a support for each other during her agonizing wait for news and as he faces up the hard truth that his wife will probably never recover. Their easy banter and empathy towards each other is affecting as is Tara’s frustration at constantly being told by her friends to “stay positive” – a throwaway phrase. The generation gap is nicely explored – not just in terms of technology and cultural references but also in the attitude towards relationships, loss and the future.

The actors playing Tara’s friends are over the top in their performances and add a vacuity to an otherwise well-intentioned film, quite unlike Menon’s earlier London Paris New York. Even though she errs towards the cheesy at times, Menon still holds it together aided more than capably by her actors and the lush Kochi locales.