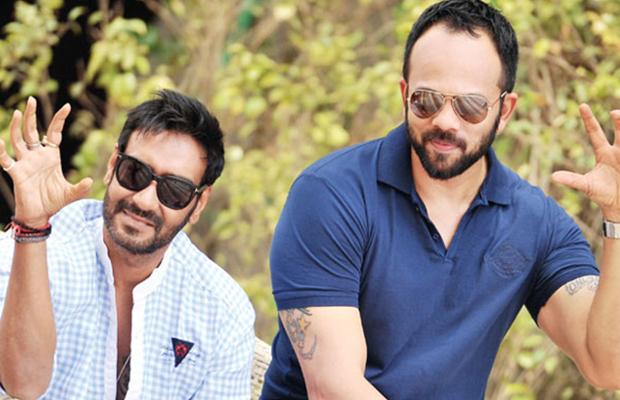 [tps_footer]Ajay Devgn and Rohit Shetty are one superhit actor-director jodi. Both have done Golmaal and Singham series together. But then Rohit was seen doing two films with Shah Rukh Khan and the rumours had it that all is not well between Ajay and Rohit.

A source said, ‘No one actually knew whether there was a problem between them or not, but things have cool down between these two buddies and now both will reunite for Golmaal 4.‘ Initially, Rohit Shetty was going to direct the remake of Ram Lakhan after Dilwale, but things didn’t work out well and hence he dropped the project.

Rohit and Ajay have been trying meeting for months but both were busy in their own work. The source adds, “Despite their differences, both are very fond of each other and Rohit messaged Ajay to meet and discuss things. On Thursday night, Ajay called the director to his Juhu bungalow. They met and spoke for over three hours. Ajay told him how hurt and upset he was by some things he had heard. Even Rohit got equally emotional. It was an emotional reunion where both cleared their differences and then discussed Golmaal 4, which should roll by the end of the year once scripting is complete.

Well, we love the Golmaal series and now since Ajay and Rohit are back together we are looking forward to hearing more updates on Golmaal 4.[/tps_footer]