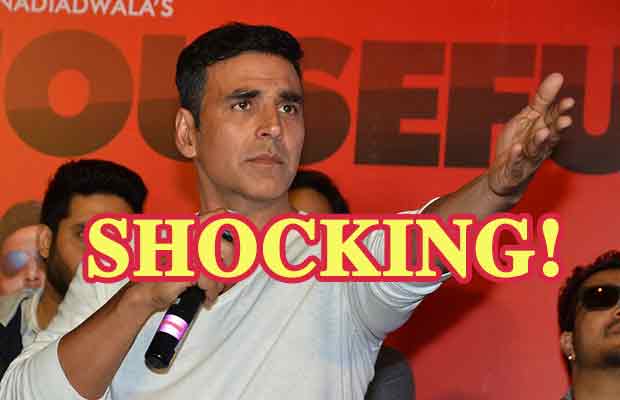 [tps_footer]According to previous reports, many Indian superstars such as Shah Rukh Khan and Priyanka Chopra have faced racism abroad. Now, Akshay Kumar confesses that he has been at the receiving end of racism but he never let it affect him in anyway, as he doesn’t believing in giving racists any attention.

Call it co-incidence, Akshay’s character in his next release Housefull 3 also deals with an English racist coach.

When asked if he has been at the receiving end of racial comments, Akshay told, “Yes. It happens. But I don’t pay attention to it. Why should I?” The actor also feels racial discrimination is same everywhere, even with the foreigners who come down to India. “Goras also face it when they arrive here. You think it doesn’t happen with them? You feel we greet them with a smile and say we are so nice to you come give us a hug? Racism happens everywhere.”

While Akshay agrees that racism is pure evil, he also thinks one needs to be strong enough to stay unaffected. “Racism happens and it is bad. You get over it. Who cares? Don’t get serious. Why does it affect you? You should be strong enough and have the confidence to not let it affect you.”[/tps_footer]