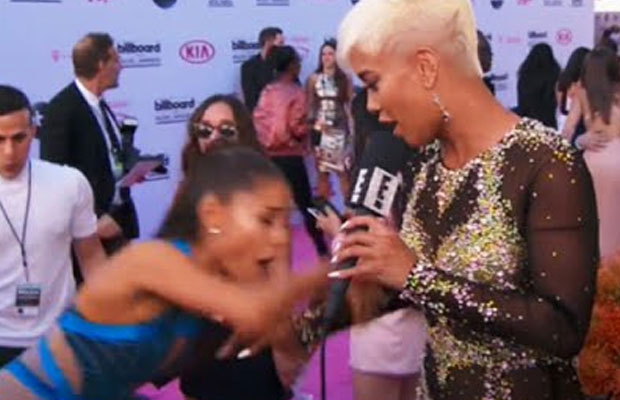 [tps_footer]Music sensation Ariana Grande had a rather awkward moment at BillBoard Music Awards which took place in Las Vegas. Though this 22-year-old singer was looking fabulous and was ready to rock the night. But sadly Ariana Grande lost her balance and she tripped at the red carpet of BillBoard Music Awards. Well surely she didn’t fall, but that was definitely an embarrassing moment for the lovely actress and singer. Thanks to the host who saved her from falling down.

Ariana Grande has given us some great songs like Bang Bang, Problem, Break free and her latest being Dangerous women. She made her tv debut in 2009. And is popularly known for her role as Cat Valentine on the Nickelodeon television series Victorious in 2009. After this embarrassing trip, Ariana Grande surely knew how to make it up. And hence, she gave a phenomenal performance at Billboard Music Awards and sang her latest track Dangerous Women too. We are sure that Ariana will forever remember this Music award night.