The Bollywood star Akshay Kumar is coming up with his new movie, ‘Toilet Ek Prem Katha’, and its first poster is out. The former star is going out of league to promote the movie and he is brawny as ever.

Now, have a look at Akshay digging toilets for his upcoming movie:

The actor, as he was in Madhya Pradesh did this activity in a district named, Khargone. The movie revolves around Swach Bharat Abhiyaan and we think this is the best way to promote a movie. It is innovative, different and luckily is practically possible too.

He posted on Twitter saying,‘Digging my 1st #TwoPitToilet in Khargone District of MP with Minister Narendra Singh Tomar #MakeTheChange #WasteToWealth.’ 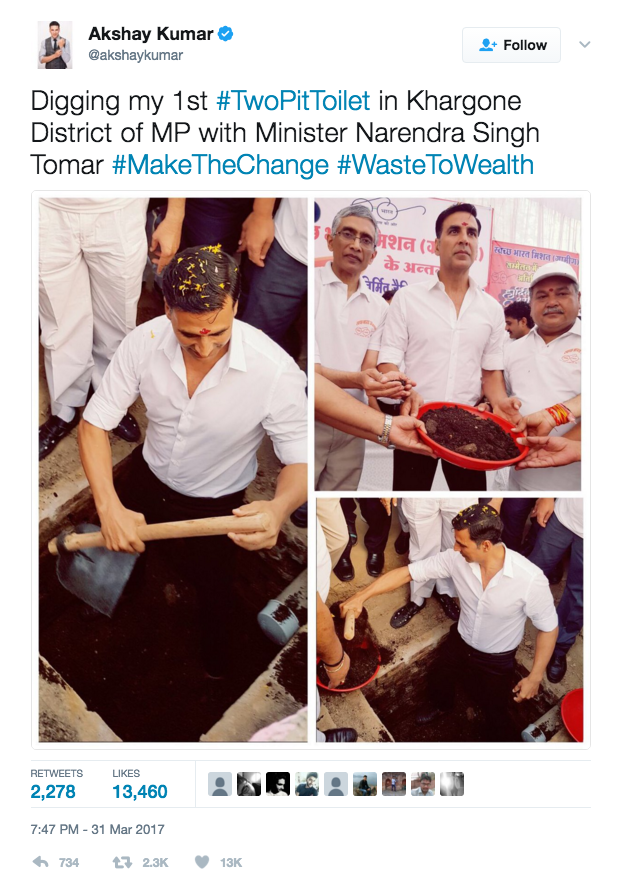 Now, the lastest update regarding this movie is that it is going to clash with Shah Rukh Khan’s, ‘Kabil.’ Both of them are ready to release their movies in the Independence – week of this year. Now, is the reason why Akshay Kumar got on streets to promote his movie? Or he is just too dedicated for the same?

Stay in touch with BusinessofCinema to know further.