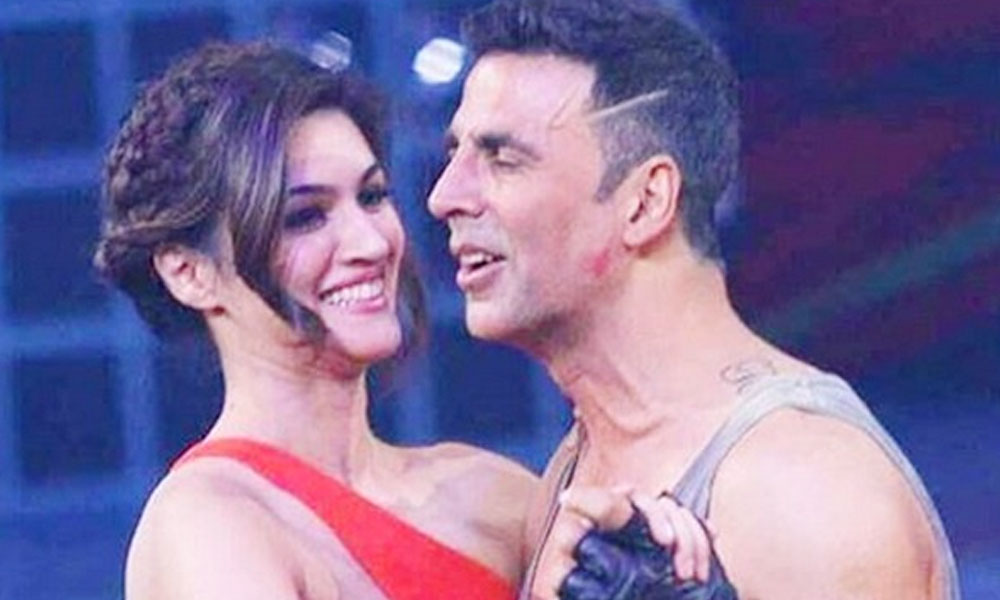 Superstar Akshay Kumar has showered Kriti Sanon with praises as she recreated the famous song ‘Ye Khabar Chapwado’ from his film Aflatoon.

The recently released ‘Poster Lagwa Do song’ from Kriti Sanon’s Luka Chuppi showcases the actress shaking a leg to the remixed version of the original 90s chartbuster.

Akshay Kumar who is not only the original actor of the song but also Kriti Sanon’s co-star in their upcoming film Housefull 4, gave a thumbs up to the actress for her version of the song.

The senior actor had also earlier given a shout out to Kriti ahead of the song release.

Kriti Sanon will be essaying the role or Rashmi who is caught in an awkward situation as her live-in relationship with Kartik Aaryan in the film.

Impressing the audience with her bubbly yet rebellious character as Bitti in Bareilly ki Barfi, Kriti Sanon garnered immense appreciation for her small town avatar.

As the actress gears up for her first release of the year with Luka Chuppi, Kriti Sanon has been making a mark on the audience with her impeccable choices of characters.

The year will witness the Kriti slipping into varied characters showcasing the versatility of the actress.

Starting with Luka Chuppi, the actress will have Arjun Patiala, Housefull 4, and Panipat releasing this year.