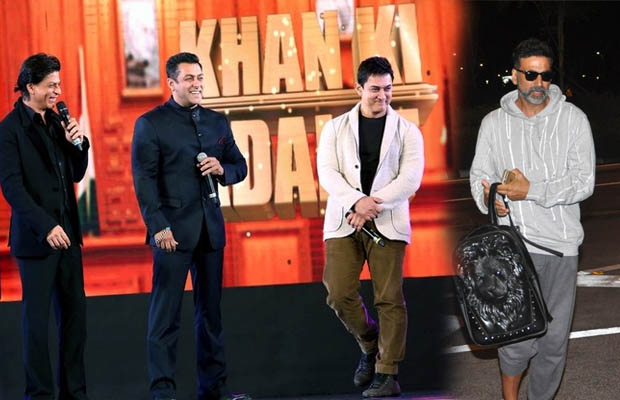 [tps_footer]Not only Bollywood’s three Khans- Salman, Shah Rukh, and Aamir are ruling at the Box Office but there are many others stars have been impressive since years. Actor Akshay Kumar is among them who has been ruling the hearts of the people with his intense acting. Unlike other actors of Bollywood, Akshay Kumar prefers to do 3-4 films a year and has conquered every genre.

In an interview with HT, Akshay Kumar was asked whether he feels a sense of competition with the three Khans and the actor had a smart reply to it. He reacted saying that it would be foolish to compete with your own peers and that they are Khans for a reason. He also added saying that he never competed with anyone and that he knows who he is.

“To compete with your peers is to play a fool’s game. The Khans are a force to reckon with. They are the ‘Khans’ for a reason. I have never competed with them. It would be wrong of me to want to do that. I know who I am, and I know where my name and effort can take me. I’m more than happy with my space in this world. That’s why I have so much peace of mind. I’m not running a marathon that has no finish line. On a lighter note, I can run around the block and come back home in time for dinner. I admire the Khans’ star power and salute their success. They do the same with me. But we are not in the same race. We have never been, and never will be,” said Akshay Kumar.

Well, we think he is the only sorted star of B-town! Don’t you think?[/tps_footer]