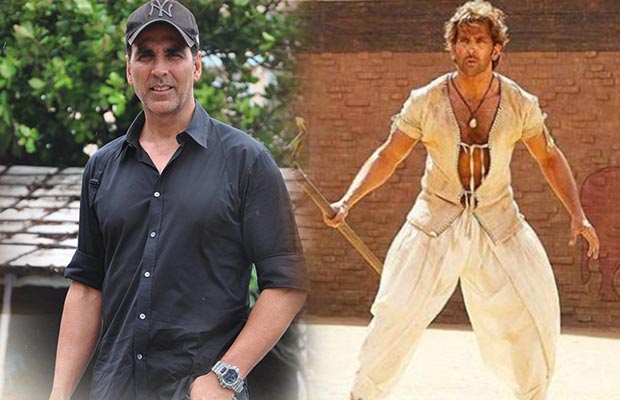 Akshay Kumar and Hrithik Roshan’s starrer Rustom and Mohenjo Daro are all set to release. Both the films are huge and deal with the great topic. Well, a lot has been spoken about the clash between these superstar’s ventures. But seems like they are not worried about the clash at all.

At a recent press conference, Akshay was asked about Rustom’s clash with Mohenjo Daro, to which he answered that it’s big date, it’s a huge date, and history has shown that big movie which clashes on such days work and lot of times it has happened. When the Housefull 3 actor was questioned whether he spoke to Mohenjo Daro’s director Ashutosh Gowariker about the clash or release date, he denied the reports. Well, looks like Khiladi Kumar is quite confident about both the films.
Also, both Akshay and Hrithik have a huge number of fan following. So, it would be stimulating to see their films pitting against each other. Well, 2016 made headlines when other two big films Raees and Sultan were going to release on the same day. But, Raees’ release date is postponed in 2017. Thus, Rustom-Mohenjo Daro clash is quite noteworthy, as both the films look enthralling and has talented actors in it. Rustom and Mohenjo Daro will hit the screens on August 12, 2016.