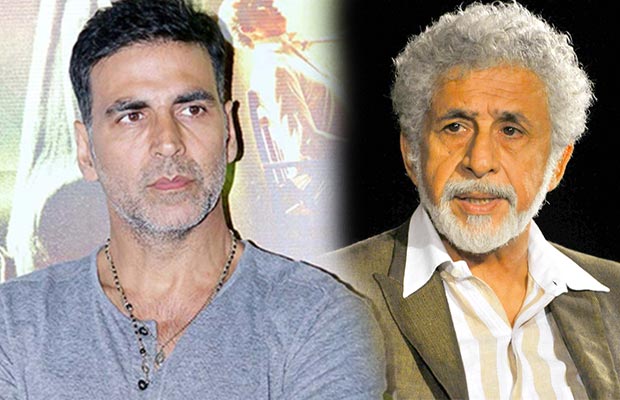 When further prodded, Akshay said, “Don’t try and get something out of me. Let this industry be together. We are all in peace. Don’t make it pieces. Everything is over. If he apologised, all should be gracious enough to let it go.”

As per media reports, in an interview, Naseeruddin was quoted as saying: “It was the 1970s when mediocrity came in Hindi films. That’s when the actor called Rajesh Khanna joined the industry. For all his success, I think Mr. Khanna was a very limited actor. In fact, he was a poor actor. Intellectually, he wasn’t the most alert person I have ever met. His taste ruled the industry.”