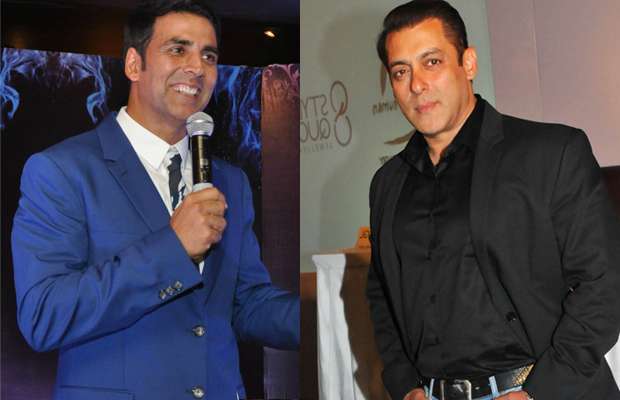 It seems as if this year is going to be a blast for the Bollywood industry. A few days back it was announced that Bollywood actor Akshay Kumar has been casted as the lead in Karan Johar and Salman Khan‘s co-produced film which will be an Anurag Singh directorial and will release in 2018.

It is the first time when a popular Bollywood actor has signed another big actor to star in his film. Akshay on the same said, “This is the first time that a big actor like himself asked the other actor to sign a film. It only happens in Hollywood. It hasn’t happened here. I have never come across anything like this. So, I think it is a great thing and if it goes successful then this can become a trend. Hats off to that man to come up with the fact, to put his own money on the other actor.”

Talking about being friends with Salman, Akshay said, “Friendship doesn’t mean we have to meet everyday. We don’t meet everyday. I have never been to his place and he’s never been to my place. However, we have a mutual admiration. I admire him from far way and he admires me from far away.”

There were rumors abuzz that the film will revolve around the Battle of Saragarhi. On it Akshay commented, “Nothing is finalized yet. Everything is still going on.”

Well, the project seems to be quite an interesting one!