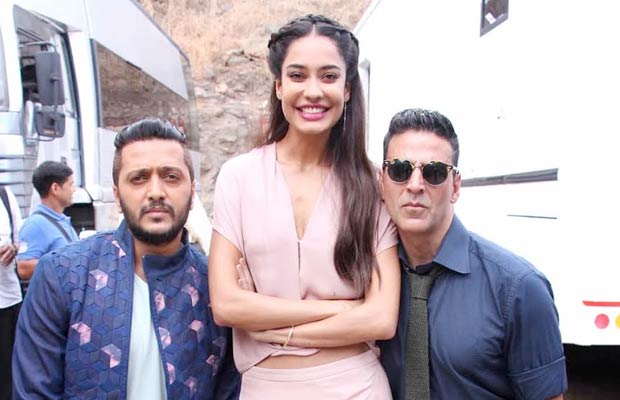 [tps_footer]Akshay Kumar and Riteish Deshmukh are the only permanent members in the biggest franchise of Bollywood’s ‘Houseful 3′.

After working in previous two installments of the film, both the actors have developed a great bond and share a crazy rapport. The two have spent considerable amount of time on sets and during the shoot of all 3 installments of the franchise and now have become one of the craziest duo in the industry.

The two are also tagged as the master pranksters in the family of ‘Houseful 3′ as they love scripting the act and putting a particular person in a spot. The two are certainly partner in crimes who derive utmost fun amongst the rest in the big fat family. Infact even in the midst of promotions and interviews, it almost seems like the two ‘Houseful’ boys make it seem like a fun activity rather than work. They change the atmosphere completely and add the laughter to the gang!

The two know each other since 7 years now and have gotten along like a house on fire; these boys can now do the most unexpected! Their camaraderie is something to witness!

The franchise which has Akshay Kumar back in the genre of comedy has generated massive buzz around its release and the makers have certainly treated the audience with an apt summer laugh riot special release.

Spokesperson shares, “Akshay and Riteish’s rapport and chemistry is one of the best in the industry. Both are extremely popular when it comes to the comedy genre. They have worked together in films like ‘Heyy Babyy’ and all the ‘Houseful’ franchise films. They share a fantastic bond both onscreen and off screen.”[/tps_footer]