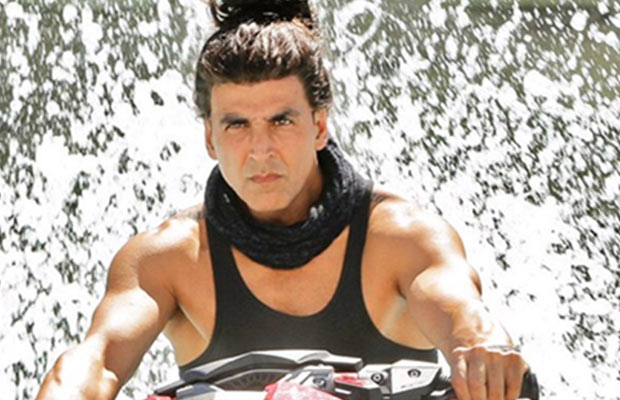 [tps_footer]We all were amused by Akshay Kumar’s cameo in the latest release Dishoom where he played a gay character. Though he had a special appearance people appreciated him for his performance.

Previously, in the Bollywood films Abhishek Bachchan and John Abraham played a gay role but they were pretending to be gay. Recently, the newbie of Bollywood Fawad Khan was showcased as a gay in Kapoor and Sons but Akshay Kumar who is the Khiladi of Bollywood from years stunned everyone by depicting this character and no doubt he did wonders in the film.

Speaking about his role Akshay Kumar himself is proud of the character he played. When a leading daily asked him if it was a big deal for a top actor to play a gay character in a big commercial movie and he just created a history by doing it to this the actor replied that he was unaware that it will create a history he has been hearing that he is the first among his generation to play such a character and he is proud to take the role of a gay in his career. And he is happy to receive unconditional love from the audience.

He was also asked if he was scared of getting his image affected to which he replied-not even for a second! He was hoping the world would embrace his character. He was quoted saying that he is aware that he has been a gay icon in India for many years now. He knows that the gay fraternity loves him and so he is not afraid to portray one in good faith for their love and support over the years. He hopes that even the gay communities appreciate his performance.

Akshay Kumar also shared a funny scene happened on the sets. Kumar said that when he walked onto the sets in Dubai slaying his kilt and man-bun, was the day John Abraham looked at him in a different light. He said that both Varun Dhawan and John Abraham showed him a lot of love which Akshay Kumar happily returned by sitting on their laps and pulling their leg the entire day. He was happy to share the good time and sushi with the two.

Talking about his look of inspiration, Akshay Kumar replied that he is very grateful for the appreciation as the look was inspired by Marc Jacobs. He added that his stylist literally had a field day creating the outfits as it was a one-of-kind look and was sourced from London.

Directed by Rohit Dhawan, Dishoom has already hit the big screen on 29th July. The film earned over Rs 50 crore in India. Performance of Varun Dhawan, Jacqueline Fernandez, John Abraham and Akshay Khanna are applauded but the surprise package is Akshay Kumar.[/tps_footer]