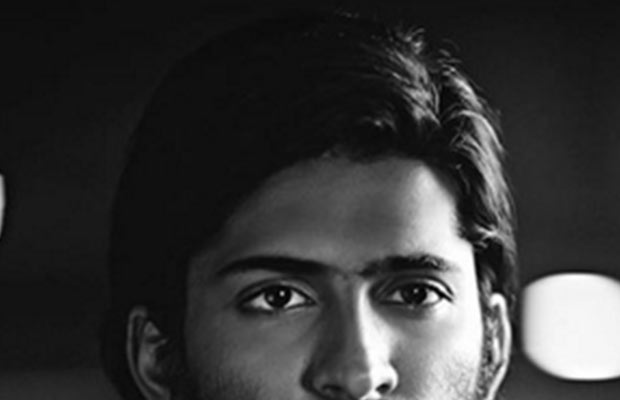 [tps_footer]Harshvardhan Kapoor, the youngest son of Anil Kapoor who is all set to make his acting debut with Om Prakash Mehra’s Mirzya started shooting for his another project Bhavesh Joshi with Vikramaditya Motwane.

Although Harshvardhan Kapoor has not come into the limelight but he has already gain popularity and many fan followers. He has been quite active on his social media. His charm and appealing pictures he post on his social platforms has helped him to be known by the masses.

Recently, Harshvardhan Kapoor has been posting many of his photos relating to his second film Bhavesh Joshi. Today we came across a very alluring picture of the handsome hunk. Harshvadhan looked dapper as he was styled by his loving sister Rhea Kapoor. Harshvardhan’s beard shined and his sparkling eyes nailed the photograph which is shot by Rohan Shrestha. The image can’t be more perfect than this.

The other pictures Harshvardhan shared related to his second venture are one where we can seem him adorning an Indian outfit which is also styles by Rhea Kapoor and clicked by Rohan Shreshtha. Harsh also shared an image of a camera when they were shooting late night for the film Bhavesh Joshi. The upcoming actor announced the first shoot of Bhavesh Joshi through his Insta which he captioned it that finally the shoot of his second film began. 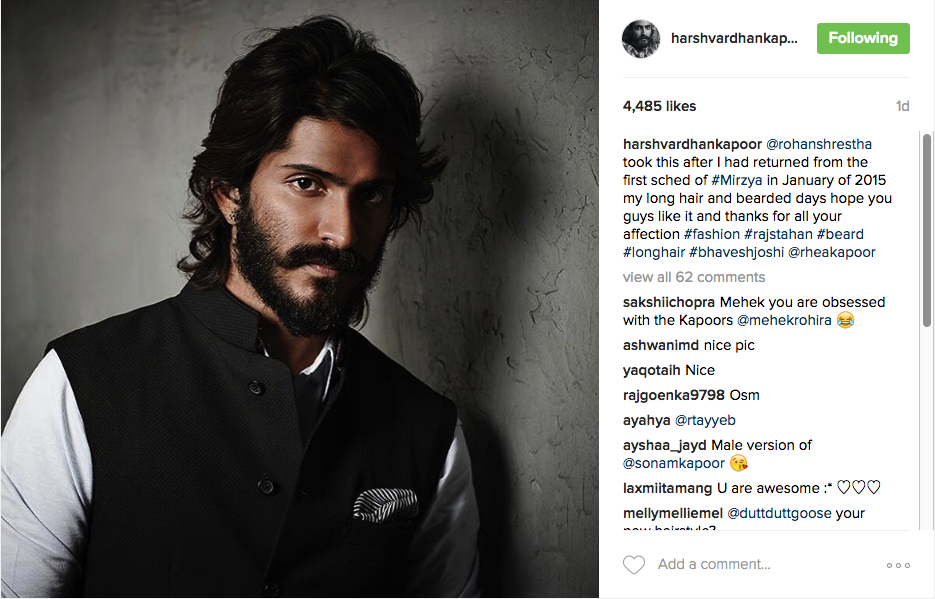 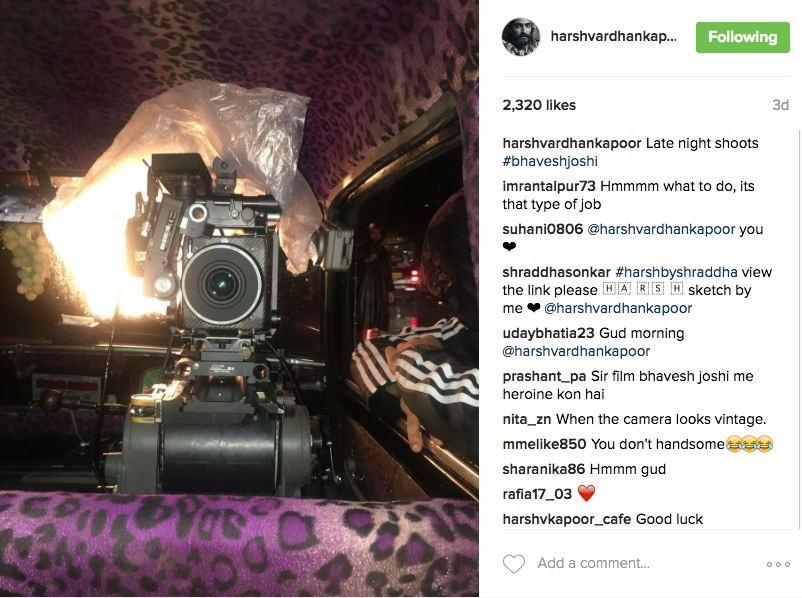 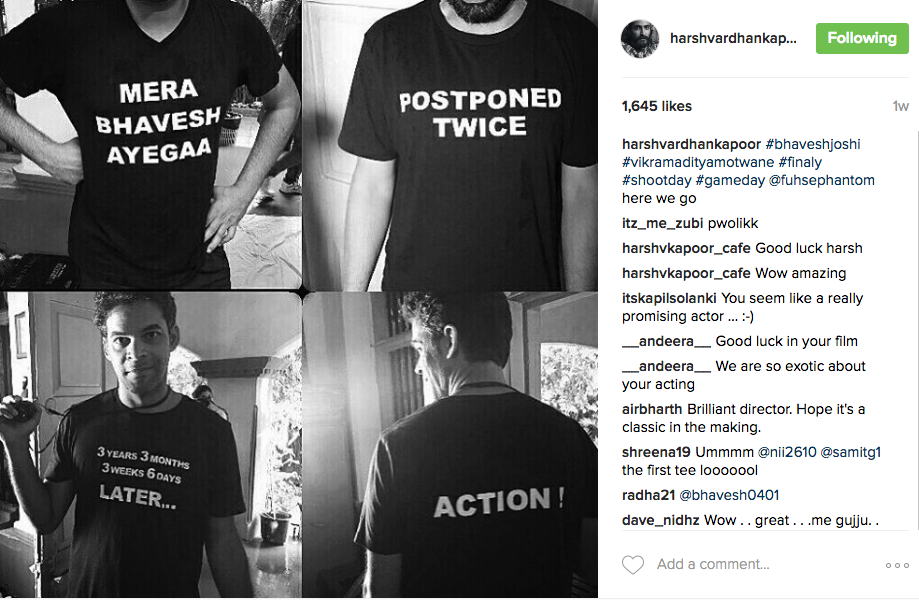 Reports were that Harshvardhan Kapoor was nervous before starting the shoot of Bhavesh Joshi. It is stated that Bhavesh Joshi is a story about a Gujarati guy on a mission to fight corruption and was scripted when the previous government was in power. However, the film was put on hold. The ambitious project of Vikramaditya had been shelved, as the topic of the film no more related to the present ruling party, and was written when last government was in power. However the director is deeply attached to the story and had earlier said that he will surely make it and looks like now things are falling in place for the film.

We are excited to see this gentleman on the big screen.[/tps_footer]