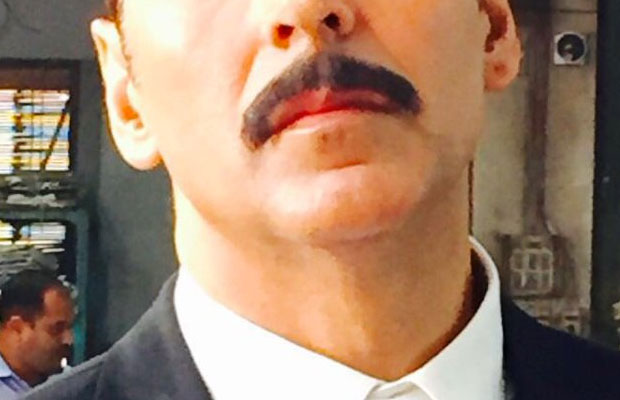 The Khiladi of the tinsel town Akshay Kumar is busy with his back to back projects.  The mind blowing actor who has been a pro in action movies is now venturing towards other genres. After nailing his comic timing, the actor is lately taking up serious projects. Akshay will soon be seen in the film ‘Jolly LLB 2′.

The film is much awaited by the masses because its prequel was promising to the core. ‘Jolly LLB 2′ is the sequel to ‘Jolly LLB’ which featured actors Arshad Warsi and Boman Irani. The film was much appreciated by the masses as it was a perfect blend of comedy and satire. The movie also reflected the reality of court cases which was an eye opener for many.

The hopes for the sequel are high and with Akshay Kumar’s presence, the masses are expecting a greater result. The super actor who has recently featured in the Forbes list took to the micro-blogging site twitter and posted about the commencement of the film. Akshay tweeted, “New day with a new look for a new film, let the mayhem begin! #JollyLLB2 it is! Judgement day 10th February 2017!” 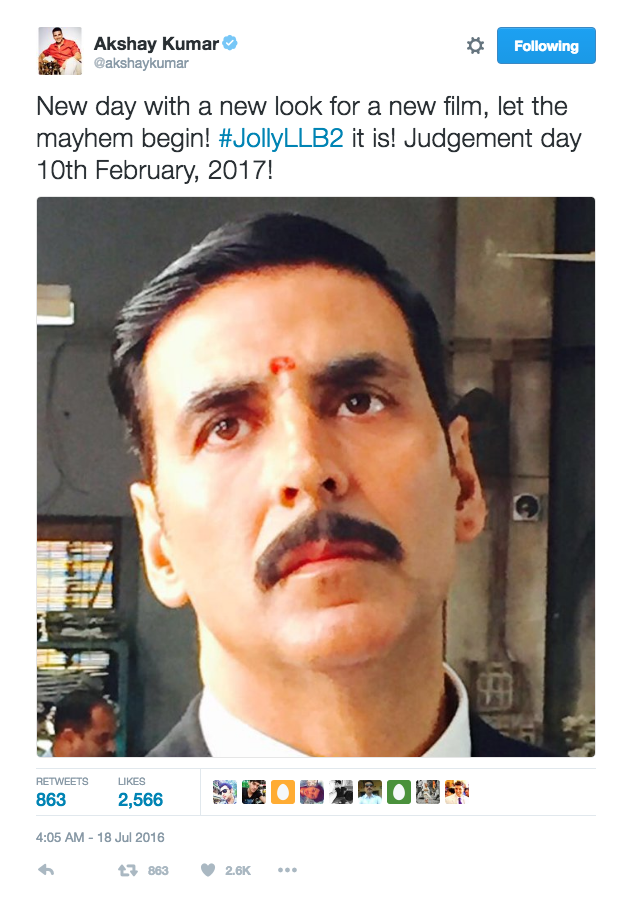 The actor also posted a picture which depicts the look of his character in the film. With a serious face and a mustache, Akshay is surely going to nail his lawyer image.

‘Jolly LLB 2’ is all set to hit the screens on February 10th, 2017. On the immediate front, Akshay Kumar will be seen in the film ‘Rustom’. The film will depict the sensational Nanavati case. ‘Rustom’ will release on August 12th, 2016.