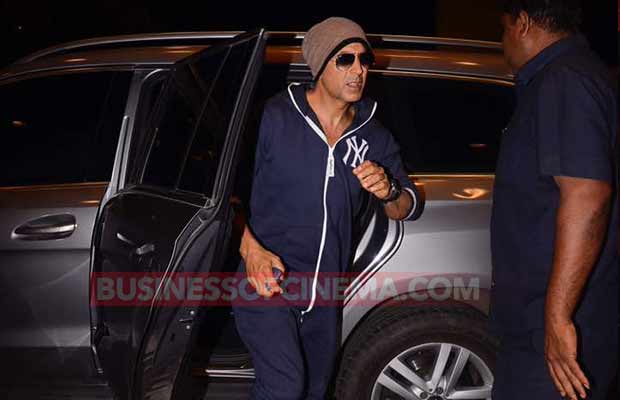 Akshay Kumar’s film talks about sanitation and the need to have a toilet in every household to reduce health issues among women and children who are extremely prone to the unhealthy environment due to open defecation.

Toilet Ek Prem Katha is set to release on August 11, 2017. The makers have also started the promotions for the same. However, Bollywood’s fitness freak Akshay Kumar will not be a part of the promotional events of the movie.

It’s been reported that the Khiladi Kumar will be shooting for Reema Kagti’s Gold. Apparently, the Rustom star has already left for London with his family and will be back at the end of July.

According to reports, the love story that blossoms in this film has the male lead playing the character of a Pay-&-Use toilet owner who falls in love with a girl from the slum areas of the city.

The film is believed to highlight the importance of the pay-and-use toilet scheme and curbing the social evil of defecating in the open.