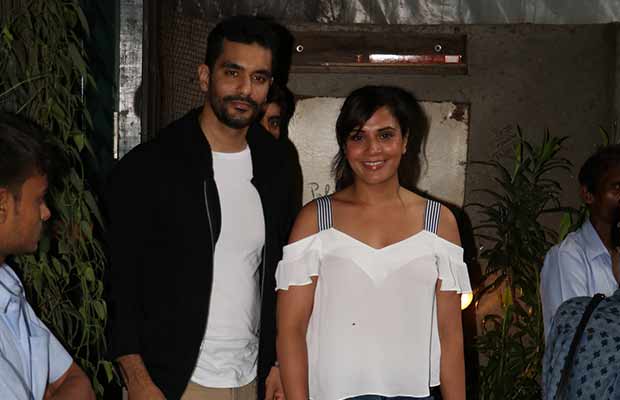 Amazon Prime has offered globally some of the best and unique content on the digital platform. Recently they launched the first promo of one of their first ever show in India – Inside Edge starring Richa Chadha, Angad Bedi, Vivek Oberoi, Sayani Gupta and others. For the first time for this show, the cast is going to be seen in a completely new avatar.

Richa Chadha plays a character of a boss lady who owns a cricket team and the real life cricketer and now an actor Angad Bedi plays the role of a strong cricket team captain.

While shooting for this series both Richa Chadha and Angad Bedi became instant friends and would spend several hours off sets bonding and having a good time with the rest of the cast and crew. One thing that the duo bonded most on was over fitness and even now when the show has wrapped up their shoot they are continuing this new found bond of being fit.

It was actually Angad who introduced the actress to a new fitness technique intrigued by a bunch of South Africa. Trainers who have set up multiple centres in Mumbai. Angad who’s a frequent visitor to the centre for his training took to introducing Richa to the place. Since then the duo are often seen working out together and continuing this new found friendship

Speaking about this fitness bonding Angad said, “I usually love to try new fitness regimes and do not stick to one. I had come to know about this new fitness centre by South African athletes and loved it when i tried it. Richa and I have been bonding very well on the sets of Inside Edge and she as well is a fitness enthusiast so I suggested her with this new regime and she tried it too. Its good to bond with your co stars on set as well as off set.”