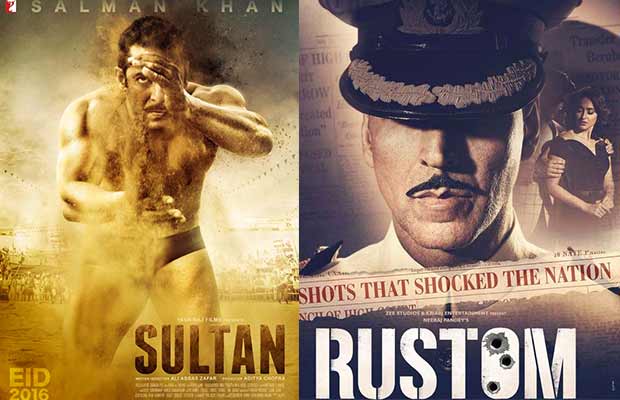 [tps_footer]Salman Khan’s upcoming film ‘Sultan’ is the most awaited film of the year. The makers of other films are trying to showcase their trailers with ‘Sultan’ so that they get a wider reach. Salman Khan’s wrestler based film is expected to be high in terms of crowds and numbers. The film directed by Ali Abbas Zafar might showcase the trailer of Akshay Kumar’s ‘Rustom’.

Reports making rounds suggest that the trailer of the film ‘Rustom’ will be attached to ‘Sultan’. It was also in the air that Tiger Shroff’s film ‘A Flying Jatt’s trailer will be unveiled. Well, the latest update on the same is that ‘Rustom’ has made the final cut.

Aditya Chopra who is helming the Salman and Anushka starrer under his banner was adamant that trailers of the films from his production will be showcased first. But seems like, there is a change of plans here.

The makers of the film ‘Sultan’ have almost decided that the trailer of the Akshay Kumar starrer will be attached to the much awaited film. This planning will implement in only one chain of theaters. Additionally, the film ‘Rustom’ has three trailers and one of them will be unveiled in the theaters.

‘Sultan’ is all set to hit the screens on Eid. ‘Rustom’ on the other hand, is set in the backdrop of the 1950s. The film stars Akshay Kumar in a principle role along with Esha Gupta and Ileana D’Cruz.[/tps_footer]