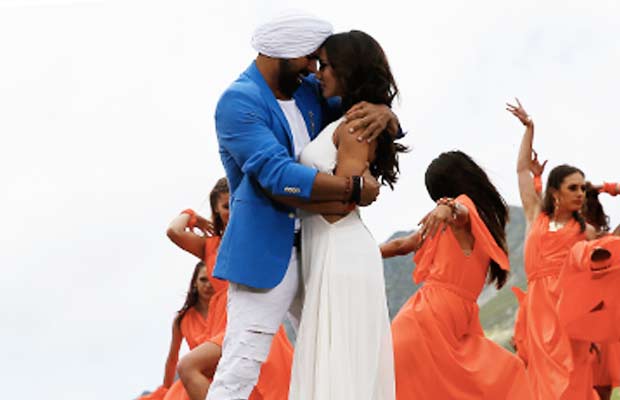 Akshay Kumar–Amy Jackson starrer film ‘Singh Is Bliing’ is barely few weeks away from its release. The film which is much awaited by the audience has encountered some content related hassle lately. According to reports, the Sikh authorities have pointed out some objectionable content in the film’s trailer.

It is being said that the Akal Takht organization which is the highest Sikh authority has demanded that certain portions of the film be edited as it hurts the religious sentiments of many. Akshay Kumar faced a similar problem when his film ‘Singh Is King’ released in the year 2008. Nevertheless, even after taking all the necessary precautions, ‘Singh Is Bliing’ is once again in the hassle of objectionable content.

Reports suggest that the authorities want a certain portion of the film edited wherein there is a dialogue which states that Punjab is famous for chicken, whisky, Kabaddi, bhangra, turban and the Golden Temple. The religious organization has also taken offence against the posters of the film which feature semi clad women wearing a Gurbani imprinted Sikh kada.

On learning about the concerns of the religious authorities, the makers of ‘Singh Is Bliing’ have taken a decision to edit certain portions which are in any way objectionable. The matter is said to be sorted and ‘Singh Is Bliing’ will go for a last minute editing.

Directed by Prabhudeva, ‘Singh Is Bliing’ will also feature Lara Dutta in a key role apart from Akshay Kumar and Amy. The film will see Akshay Kumar in a typical Punjabi puttar image and Amy will be seen in a glamorous avatar. The first two songs of the film namely Tung Tung Baje and Mahi Aaja have already released and are being liked by the audiences. The entertaining film is all set to hit the screens on October 2nd, 2015.