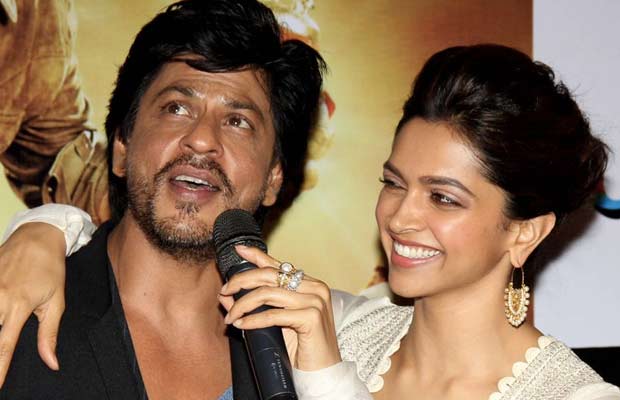 [jwplayer player=”1″ mediaid=”233329″]As we all know the two most awaited films of the year ‘Bajirao Mastani’ and ‘Dilwale’ are going to clash on the big screen as both the highly anticipated films are releasing this year on December 18th.

Rohit Shetty’s ‘Dilwale‘ which stars Shah Rukh Khan and Kajol has been locked for the release on December 18, 2015 whereas Sanjay Leela Bhansali’s ambitious project ‘Bajirao Mastani‘ which stars Deepika Padukone, Ranveer Singh and Priyanka Chopra is also set to hit the screens on the same date.

Yesterday during the song launch of ‘Bajirao Mastani’ in Pune, Ranveer Singh and Deepika Padukone were asked about the same once again. To which Deepika replied, “I don’t understand the business perspective. I think there is a place for both films. Our job is to work just as an actor not to get into all this.”

Also Ranveer Singh who rarely speaks on the clashes of the films also commented in a very shorter way. He said, “I am an actor and can understand only acting. Can’t say anything on clash.”

Well, Sanjay Leela Bhansali had earlier announced that his much awaited film was to release on December 25th but soon enough the reports about Rohit Shetty’s ‘Dilwale’ also releasing the same day broke out. So Bhansali pre-poned the release date of his film to December 18, 2015. But unfortunately even ‘Dilwale‘ team announced their releasing date as December 18th.

Nevertheless both the films are equally anticipated by the audience. With totally different story lines the audience is eagerly waiting for December 18th when the two will clash at the box office. The film ‘Bajirao Mastani’ is a movie based on the life of Peshwa Bajirao whereas ‘Dilwale’ is a family entertainer and is also a comeback of SRK and Kajol together on the silver screens.