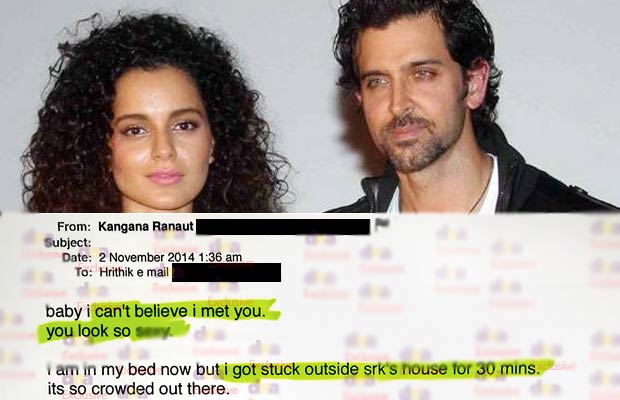 [tps_footer]Hrithik Roshan and Kangana Ranaut‘s legal battle is a confusing tale. The two entities slapped each other with legal notices. Moreover, other than the notices their relationship also came to the forefront of the masses. Hrithik and Kangana’s controversial issue started off when the Queen actress name called the actor as her silly ex.

The war of words took a legal turn when Hrithik blamed Kangana for tarnishing his image. It was reported a while ago that the Bang Bang actor has filed a complaint at the Cyber Cell. The actor who likes to be away from the controversies had urged long back that he has never exchanged emails with Kangana Ranaut and that the person emailing the actress was an imposter. After the said statement, Kangana still maintained that it has Hrithik who exchanged emails with her.

The case has taken a new turn altogether as emails sent by Kangana Ranaut are now out. Yes! The emails sent by Kangana are leaked and are shocking to the core. The investigations claim that through the emails it is now proven that Hrithik Roshan was not involved in any kind of communication and it was the imposter who did so. The forensic reports suggest that the Mohenjo Daro actor had no connection with the id.

It is further investigated that around 3000 emails were received by Hrithik but none of them were replied back by Hrithik Roshan’s actual email id. It is now evident that Kangana was communicating with an imposter for over 6 months. 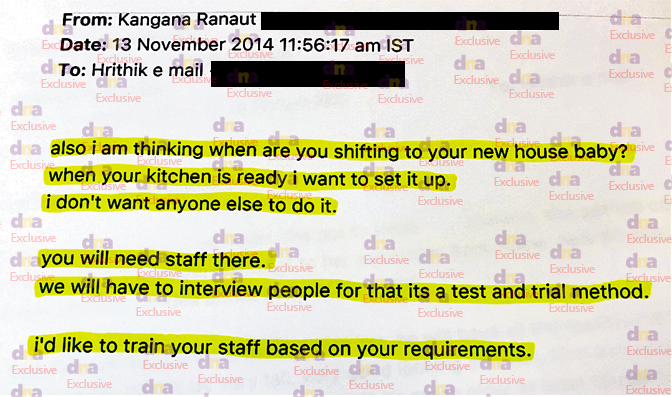 The emails also reveal that Ranaut has herself confessed that she has Asperger’s syndrome. The emails state the fact that there was no actual relationship between the two and it was just haywire without any confirmation.

The stated proofs do hint at the fact that Hrithik Roshan is innocent. Now what turn does this investigation further take is yet to be seen.