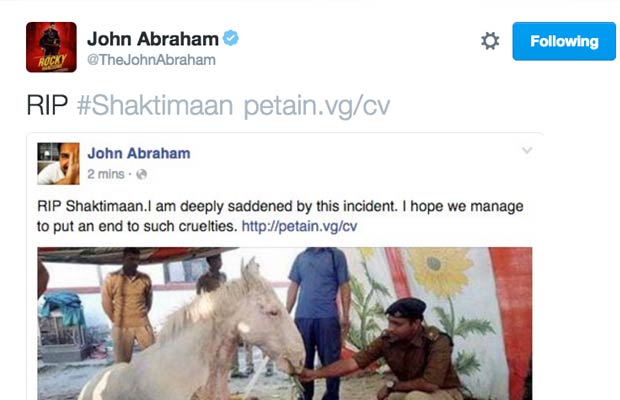 [tps_footer]In a bizarre display of cruelty, a horse named Shaktiman had lost his leg after being attacked during a BJP protest in Uttarakhand last month. After one month of suffering, it’s saddening to know that the horse died on April 20.

Each and everyone is aware of how the police horse Shaktiman was cruelly beaten and dragged during the protest on March 14, which also got filmed in a video. Doctors tried their best to save the horse with prosthetic legs brought from the US. Reportedly, the horse spent few days at the police lines in Dehradun where policemen took care of him.

BJP lawmaker Ganesh Joshi was accused of instigating the brutal attack on the horse. He was also arrested and was let off on bail last month. In fact, he has faced many criticisms after the death of the horse yesterday. From commoners to political leaders to Bollywood celebs, each and everyone is shocked by the unfortunate death of the horse.

It’s very saddening to know days after getting the prosthetic limb, he couldn’t be survived. Bollywood actors and celebs took to their twitter handle to express the sad demise on the death of the horse.

Here is what Bollywood celebs have to say: 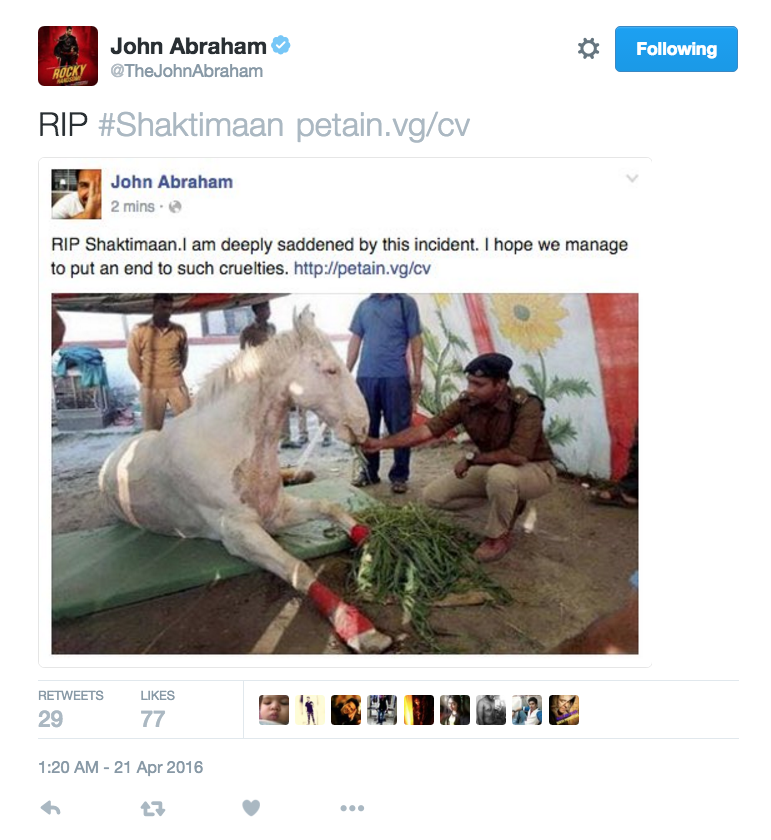 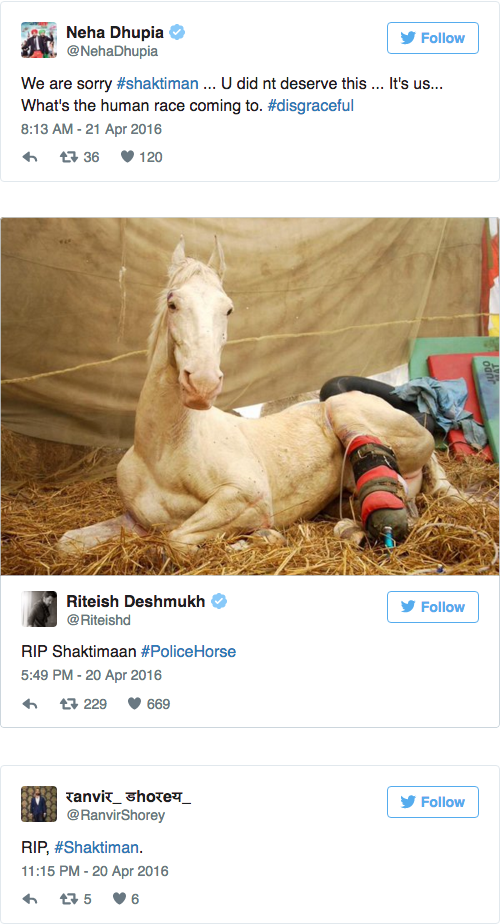 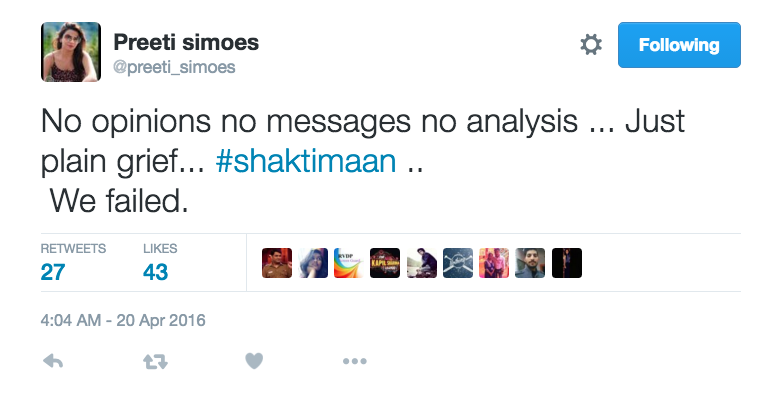 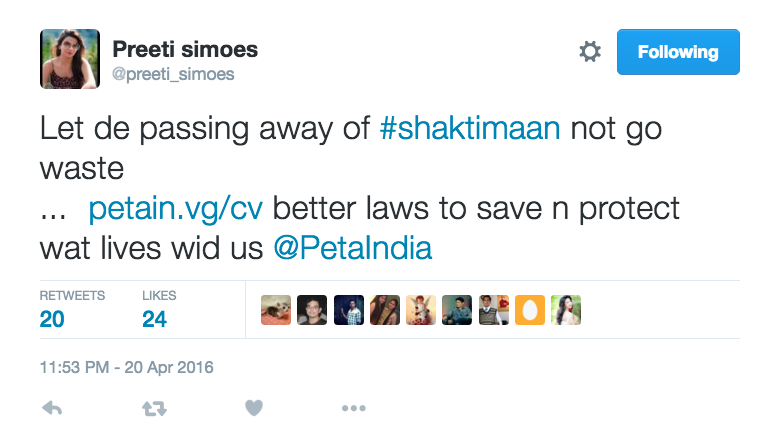